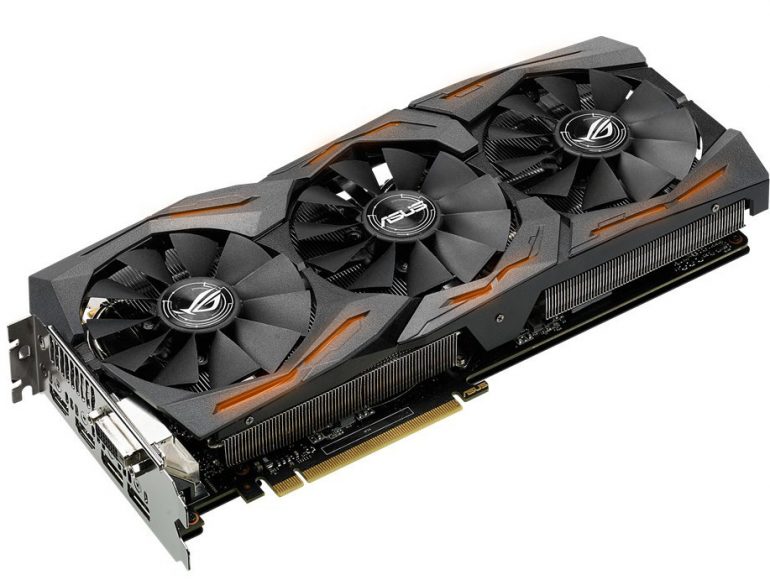 After releasing the Radeon RX G1 Gaming video cards ASUS has announced one more breed of them – the ASUS Radeon RX 480 Strix. The card, as expected, comes with a ton of features plus excellent performance and advanced cooling.

The new ASUS video card features the company’s DirectCU III cooling technology which comes with a triple wing-blade noiseless cooling fan, designed to deliver maximum airflow for up to 30 per cent lower operating temperatures and three times quieter performance. In addition the so-called ASUS FanConnect technology follows the GPU temperature and optimizes the fan speed and the airflow so that the GPU can get just the right amount of air when under load. The addition of these cooling technologies is welcome – the Radeon RX 480 Strix is factory overclocked. The card comes in two versions – as ROG STRIX-RX480-O8G-GAMING and as ROG STRIX-RX480-8G-GAMING. Both cards feature 8 GB of GDDR5 memory and a 256-bit memory bus but differ in the clock speeds. The first card runs its GPU at 1310 MHz in gaming mode and at 1330 MHz in OC mode, while the second card comes with a GPU that operates at 1266 MHz in gaming mode and at 1286 MHz in OC mode. The cards are also equipped with two HDMI 2.0 outputs and two DisplayPort 1.4 connectors at the back. To make these cards more attractive ASUS has equipped them with ASUS Aura RGB Lighting on both the shroud and the backplate. This technology can display millions of colors and six different effects for a totally personalized gaming system. Made with only high-quality components the ASUS Radeon RX 480 Strix also comes with GPU Tweak II software.

There’s no word how much these two cards cost.