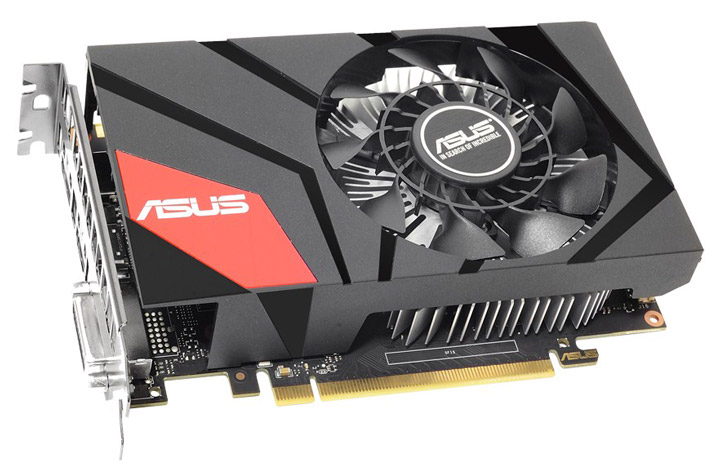 Following the trend AMD set with its Radeon R9 Nano video card, the Taiwanese hardware maker ASUS has announced the market launch of a smaller GeForce GTX 950 video card, known as GeForce GTX 950 Mini. The new card comes with the GTX950-M-2GD5 code name and as you can see it houses 2 GB of GDDR5 memory.

The new video card has been designed for use with Mini-ITX systems and measures 172 x 112 x 40 mm. It is based on the 28 nm GM206-250-A1 GPU, which happens to be a simpler version of the GM204 GPU. The chip houses six SMM clusters for a total of 768 CUDA cores, 48 TMUs and 32 ROPs. The GPU runs at 1026 MHz and at 1190 MHz in Turbo mode, while the installed 2 GB of GDDR5 memory operates at an effective clock speed of 6612 MHz via a 128-bit memory bus. Thus the memory-bus combination offers 107 GB/sec of memory bandwidth and the entire card needs around 90W of power. In addition the ASUS GeForce GTX 950 Mini supports SLI and comes with a single 6-pin power connector, Dual-Link DVI-I, HDMI 2.0 and DisplayPort connectors to choose from. An 85 mm cooling fan cools the entire device.

The new ASUS GeForce GTX 950 Mini retails for EUR 165 and comes with a special bonus code for the World of Warships game, which will be released on September 17 this year.