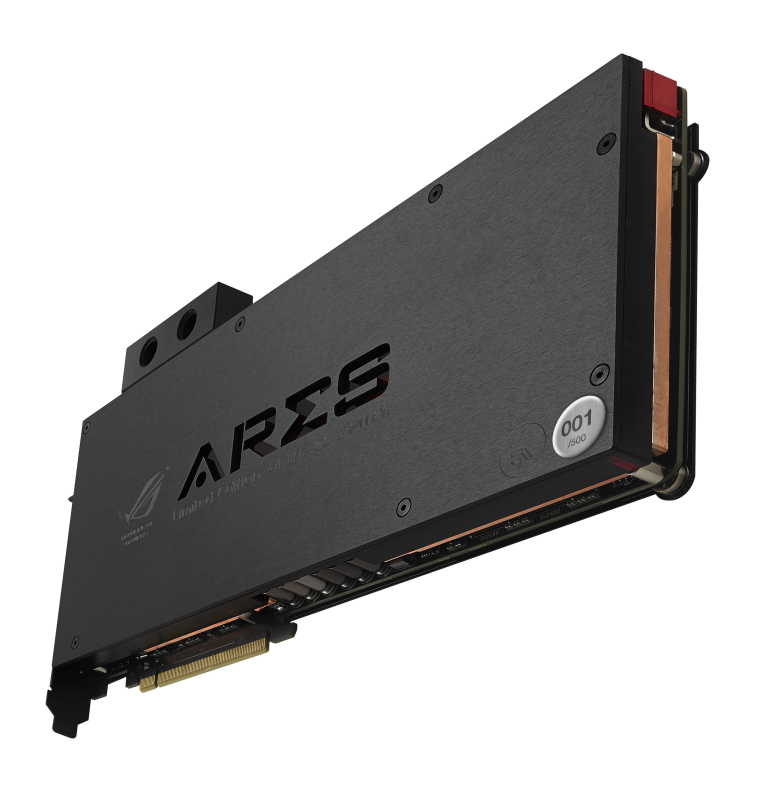 3D graphics fans have found themselves in a tough situation lately – in the quest for more power they can either choose the latest AMD Radeon R9 285 graphics solution or wait for the upcoming but yet unannounced new NVIDIA graphics cards. Or they can get one of the new ASUS ARES III video cards.

Yes, ASUS has just announced the ARES III. Just like before it is a high-end model and only 500 hundred of them will be made, which means they will not be cheap. Yet, they have more than enough power – an ARES III card has two Hawaii XT GPUs and functions like a dual Radeon R9 290X graphics card. The GPUs run at 1030 MHz, while the 8 GB on-board GDDR5 memory runs at 5 GHz effectively; the memory is shared between the two GPUs. ASUS says that the ARES III is 15 per cent faster than the GeForce GTX Titan Z in the 3DMark Fire Strike Extreme benchmark and 33 per cent faster in the Battlefield 4 game.

All this power means one thing – heat and this is the reason why the ARES III gets cooled by a huge water block, made by the famous Slovene company EK Water Blocks. The ARES III also has an improved 16-phase power supply system that ensures stable power for both GPUs and the memory.

The ASUS ARES III will be on the market very soon. Its price is unknown as of now.