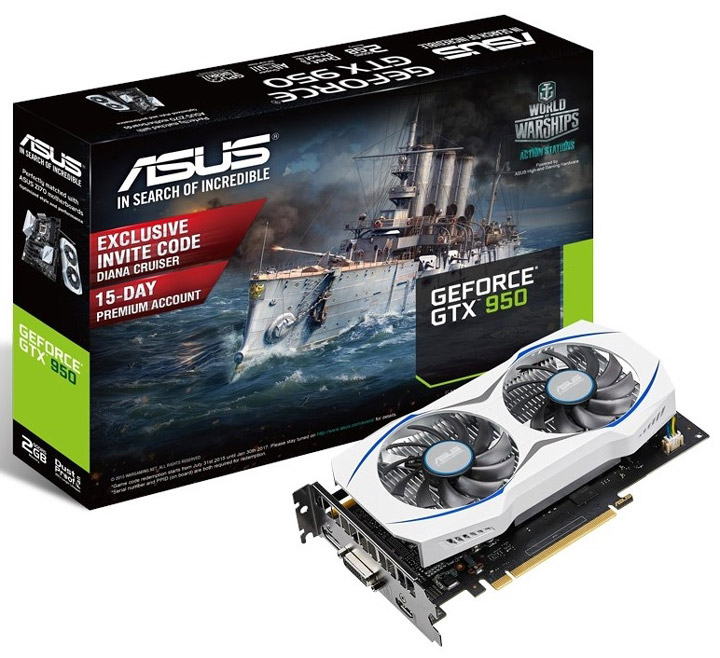 NVIDIA’s Maxwell GPU architecture has many positive features with one of them being incredible energy efficiency. This was the reason why the first Maxwell-based video cards – the GeForce GTX 750 and GTX 750 Ti – came with no external power connectors and offered excellent 3D performance, while needing just 60 watts of power at most. Unfortunately this was not the case with their successor – the GTX 950 – which, despite the power efficiency of Maxwell, came with an external power connector.

Fortunately there’s hope for all the people who want a PC with low power consumption – ASUS has just introduced a new GeForce GTX 950 video card that comes without an external power connector. But this is not everything – the new card comes factory overclocked so you get more performance combined with lower power consumption. We suspect Maxwell’s energy efficiency is to “blame” here.

The new card is called ASUS GTX950-OC-2GD5 and as the name suggests it features 2 GB of GDDR5 memory on board. The GPU is the same GM206-250 chip we have become used to seeing – it packs 768 stream processors, 48 TMUs, 32 ROPs and a 128-bit memory bus. The card runs at 1051/1228 MHz for the GPU and at 6612 MHz for the memory. As a comparison standard versions of the GTX 950 operate at 1024/1188 MHz for the GPU and 6612 MHz for the memory. Thanks to the power efficiency of Maxwell and perhaps a few tweaks here and there the new ASUS card needs just 75W of power, down from 90W in regular GTX 950 cards. Despite this, the new ASUS product comes with a dual-fan air cooling solution, which in our opinion is a plus.

In the back the new ASUS GTX950-OC-2GD5 features HDMI, DVI-I and DisplayPort connectors. If you purchase the card now you will also be able to enjoy World of Warships for 15 days with a free account that comes with the ASUS GTX950-OC-2GD5. Unfortunately ASUS has not revealed the price of the new GTX 950 video card.