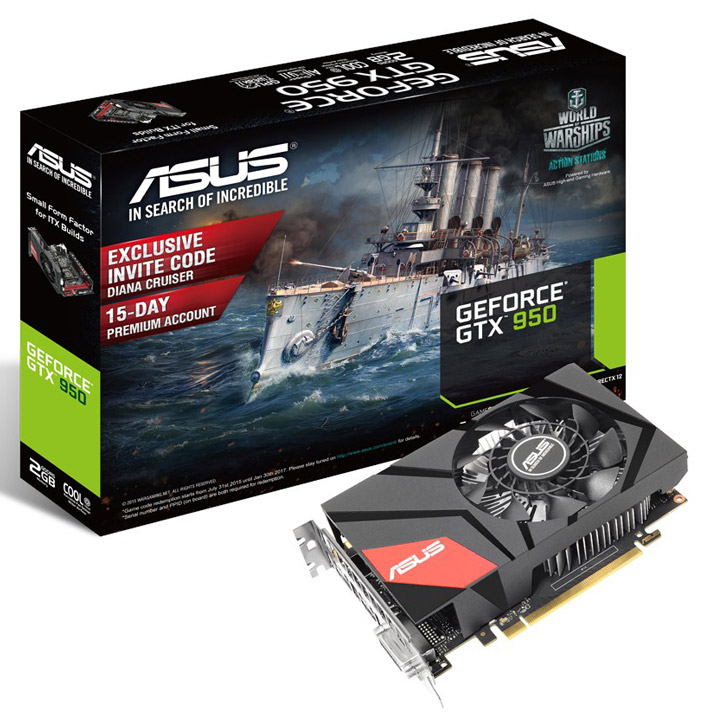 The popular budget GeForce GTX 950 video card has had an interesting evolution – released back in fall 2015, the card needed an additional power connector, which somewhat disappointed NVIDIA fans that had gotten used to the power efficiency of the GTX 750 generation. A bit later new GTX 950 cards with no additional power connectors popped up and now the evolution has continued with the arrival of an even smaller version of the same card.

The new video card comes from ASUS and carries the GeForce GTX 950 Mini product name. The main feature of the new ASUS card is that it is shorter than other competing GTX 950 solutions, which makes it suitable for small-sized PC chassis. The new card also does not need extra power and that’s why it does not come with an additional power connector. In case you are interested here’s the code name of the new card: Mini-GTX950-2G.