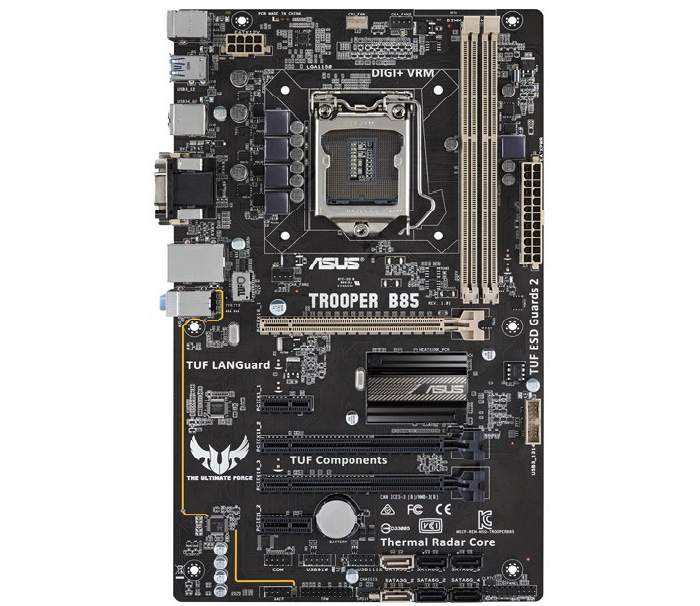 Although most people change their computer hardware on a yearly basis, they still have to pay hard-earned cash for it, so quite naturally they want to get the most out of their purchases. One of the ways to do so is to get hardware that is guaranteed to last so a new line of enhanced hardware components has appeared in the recent years. The ASUS TUF Trooper B85 motherboard is the latest piece of hardware in this class and as the name of the motherboard suggests it is designed for Intel processors.

The most special feature of the TUF Trooper B85 is that it is made of special components that can sustain high levels of humidity, high temperatures and certain electric shocks. The rear ports also have protection against static electricity and the installed USB and network ports have been enhanced for longer life and offer a lower chance of a breakdown. In addition after being manufactured, the motherboard gets tested with a salt solution that is sprayed on it for 96 hours to make sure that everything works as it should and that the motherboard will not fail in extreme conditions.

The TUF Trooper B85 is on the market now for an unknown price. The price, however, includes a 5-year warranty and this makes the deal even sweeter.