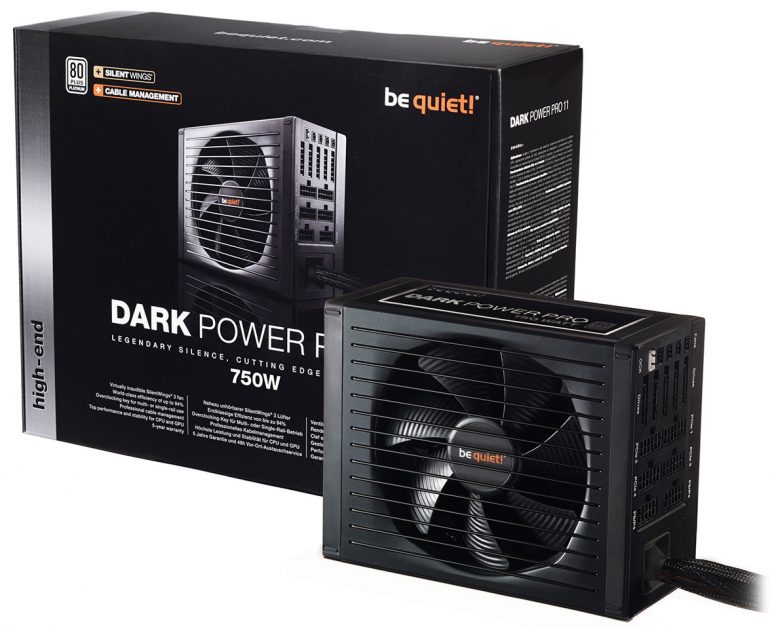 The German PSU maker be quiet! has extended its Dark Power Pro 11 line of high-end PSUs with three new models that target people who do not need that much power. Previously the line included three models with output of 850W, 1000W and 1200W and now be quiet! adds models with 750W, 650W and 550W of power under the hood.

The new PSUs resemble the earlier models in any way save for the power output. They come with 80 Plus Platinum certification, noise optimizations, modular cable management, fan connectors, controlled by a temperature sensor and an Overclocking Key that allows users to merge the four separate 12V rails into a single more powerful 12V rail so that they can get all the power they need while overclocking.

Inside the new PSUs feature Japanese-only capacitors, specified for 105 degree Celsius operation, SilentWings 3 135-millimeter cooling fans and rubber linings that prevent vibrations between the PSU and the PC case. The cooling fans inside feature modern 6-pole motors and airflow-optimized fan blades for noise levels that are close to the absolute minimum as well.