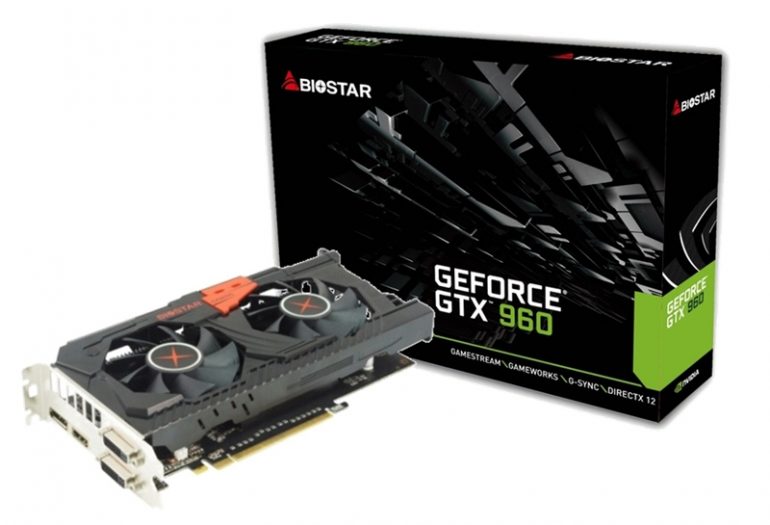 The Taiwanese motherboard maker Biostar, which is not usually associated with video cards, has jumped on the newly created GeForce GTX 960 wagon by releasing the first company graphics card based on GTX 960 technology. The card is called VN9605XPX1 and includes Biostar-designed PCB and cooler. The cooler has an aluminum heat sink and two cooling fans that spin only when the GPU underneath is under load and reaches a specific temperature point.

The new Biostar GeForce GTX 960 is available now for around USD 200.