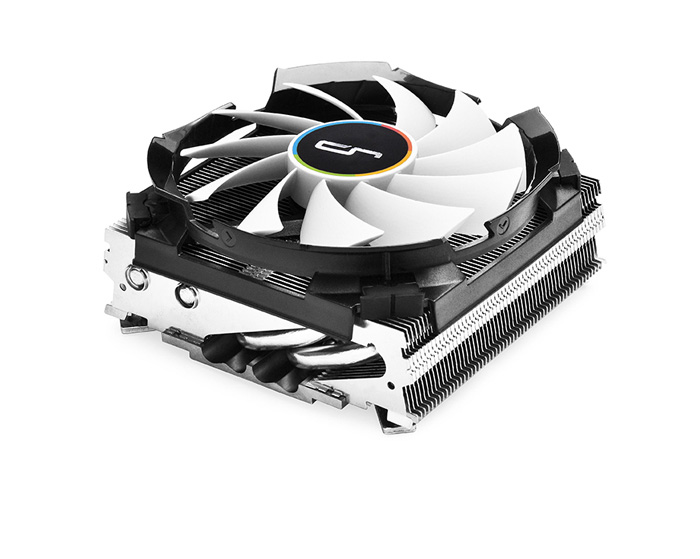 The CPU cooler maker CRYORIG has introduced a new chip cooler that goes by the rather short name of C7. The main feature of the new cooler is that it is extremely small. It measures 97 x 97 x  47 mm (L x W x H), which means it will fit in almost all PC cases out there.

In spite of its small size the C7 seems to be a powerful CPU cooler. The device has four high-performance heat pipes and a dedicated 92 mm PWM fan that spins at 2500 rpm. The fan also uses CRYORIG’s advanced Quad Air Inlet System for maximum airflow and that’s why it pushes up to 40.5 CFM of air while making up to 30.0 dB of noise. CRYORIG says the C7 provides 25 per cent more cooling capacity that stock coolers from AMD and Intel, while being up to 20 per cent lower in noise. Speaking of this, the C7 is compatible with all Intel LGA 1156/1155/1150/1151 processors and all AMD AM2, AM2+, AM3, AM3+, FM1, FM2 and FM2+ processors with TDP of up to 100 watts.

The new CRYORIG C7 CPU cooler will be on the market in September if you happen to live in South-East Asia, Japan, the USA and Taiwan and in October if you live in the EU. The cooler will sell for USD 29.99 or EUR 29.99 depending on where you live.