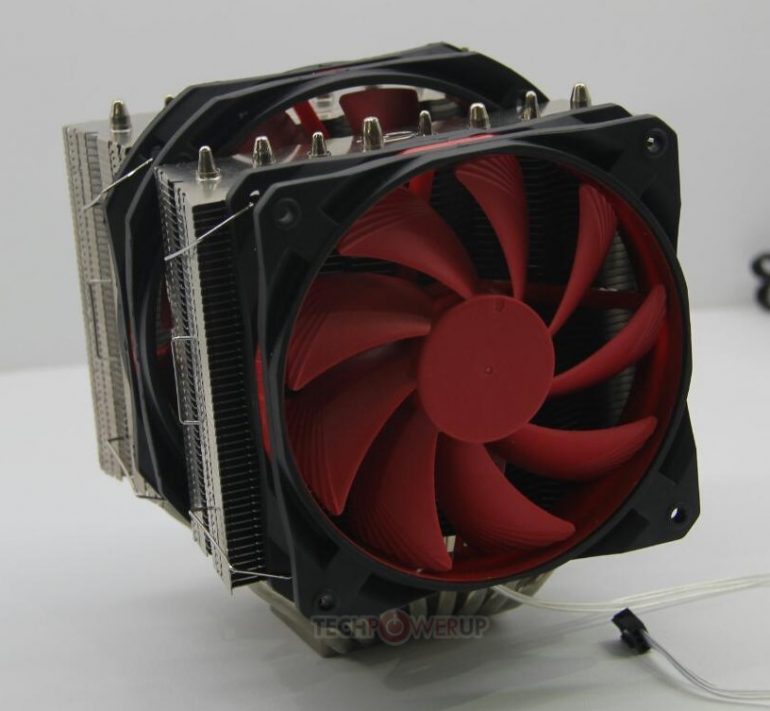 The Chinese CPU cooler maker Deepcool has presented a new high-end universal CPU cooler that has been designed for gamers and hardware enthusiasts. Not surprisingly then the cooler carries the GamerStorm Assassin V2 brand name.

The CPU cooler is made of two aluminum fin stacks with 65 fins each and features eight 8-mm U-shaped nickel-plated copper heat pipes that directly touch the processor that is to be cooled. Two 120 mm PWM cooling fans cool the entire structure and users can also add an additional 140 mm fan if in need. The good news is that the GamerStorm Assassin V2 supports a large number of CPU sockets that include Intel LGA2011, LGA1366, LGA1156, LGA1155, LGA1150 and LGA775 and AMD FM2, FM1, AM3+, AM3, AM2+, AM2, 940, 939 and 754. It is worth mentioning that the new cooler is also capable of cooling monster chips such as AMD’s FX-9000 processors that come with insane clock speeds and very high heat dissipation.

There’s no word on market availability or pricing as of now, though.