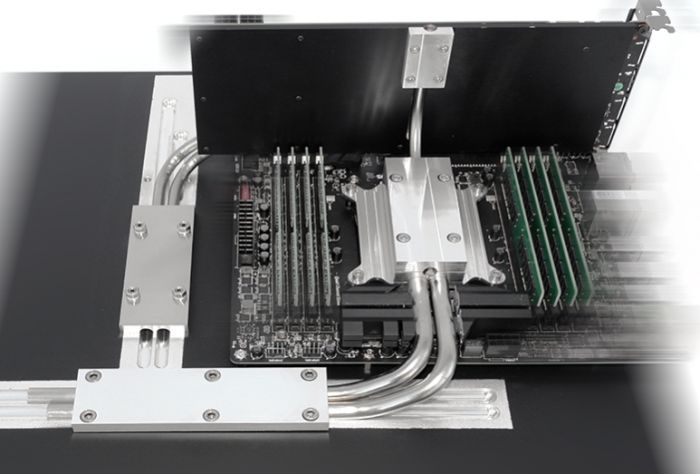 High-end PCs almost always include computer hardware that draws a lot of electricity, hence there’s a high heat output as well. The price that you must pay for the performance received is a higher energy bill, more heat around you and numerous, possibly noisy, cooling fans inside your PC case.

Well, not anymore – the German PC maker Deltatronic has shown a really high-end personal computer that comes with passive cooling only! The machine is called PC Silentium! X99 and includes an Intel Core i7-5820K processor, installed on an MSI X99S SLI Plus motherboard, 16 GB of DDR4 SDRAM and a GeForce GTX 980 graphics card. The computer is designed to work with up to 64 GB of DDR4 memory and supports GeForce GT 210 – GeForce GTX 980 graphics cards, Intel Haswell-E processors (up to 140W TDP) as well as the professional NVIDIA Quadro K4200 graphics card and Intel Xeon E5-2687W v3 processors (up to 160W TDP). A 550-watt power supply unit powers the computer. 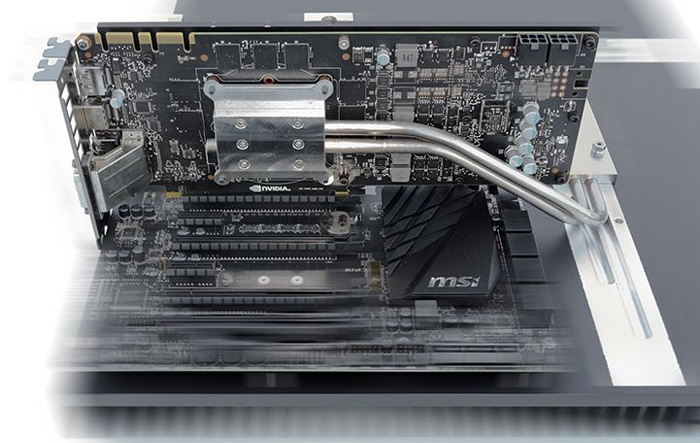 Now the more interesting part – the integrated cooling solution. The PC Silentium! X99 includes an entirely passive cooling system that consists of two big heat pipes. The cooler is capable of dissipating up to 240W of heat and its major perk is that it is completely noiseless. The cooling system encompasses the processor and the GPU on the video card chosen but if this is not enough the silent cooling fan of the PSU can also help.

PC Silentium! X99 is available now for EUR 1990 but a fully configured system may go as high as EUR 7095. In any case having the most powerful PC hardware as of today with no cooling fan noise is a huge technological feat – just make sure you have the cash for this awesome machine.