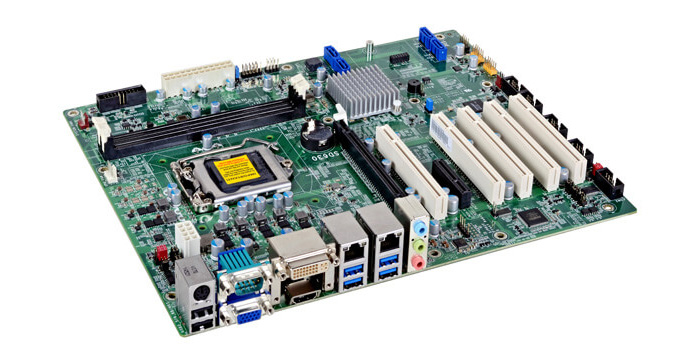 The once-famous motherboard maker DFI, known for very high-quality overclocking motherboards in the past and now focusing on IPC boards, has announced the new SD630-H110 motherboard. The interesting thing about this one is that it combines legacy technologies with the power of the latest Intel Skylake processors.

The DFI SD630-H110 motherboard offers the common ATX form factor and looks like a board from the early 2000s. As the name of the motherboard suggests, the SD630-H110 is based on the Intel H110 chipset and has full support for all Intel LGA 1151 Skylake processors. The motherboard is equipped with two DDR3L-1600 memory slots for up to 16 GB of memory, a single PCI-E 3.0 x16 slot, one PCI-E x4 slot and no less than five legacy PCI slots where you can install old sound cards, TV tuners, network cards and even some PCI graphics cards laying around. In addition to this the SD630-H110 has four SATA 3.0 ports, two Gigabit Ethernet controllers – Intel I210AT and Intel I219LM, six COM ports, four USB 3.0 ports, RS232 and LPT channels, six USB 2.0 ports, and finally HDMI, DVI-I and D-Sub connectors.

There’s no word on pricing as of now but no matter how much it costs the DFI SD630-H110 motherboard is one very interesting tech solution that allows users with old hardware to use it with the latest Skylake processors. All is good but if only the SD630-H110 supported DDR4 or more DDR3L memory things would have been even better.