Don’t wait for Skylake with eDRAM

Intel’s Broadwell CPU generation hasn’t received all the attention it deserves because a few weeks after its launch Intel debuted the new Skylake chip generation, which overshadowed Broadwell with ease. Yet, Broadwell will have something Skylake will never have – eDRAM-enabled integrated graphics, which does pack some muscle.

To put it in a simpler way, Intel has confirmed that it does not plan to release socketed Skylake processors with integrated eDRAM memory and Iris or Iris Pro graphics, so Skylake users will get Intel HD 530 graphics at most. For desktop users, then, there’s only one way to get Iris graphics – keep your LGA 1150 motherboard and then purchase a Broadwell chip. There’s some good news for such people, though – Intel does not plan to stop Broadwell production so these chips will be on the market for a while.

Mobile users will have some more luck – in the near future Intel will release new mobile processors with Iris Pro graphics and 128 MB of eDRAM memory as part of the upcoming Skylake-H line, while Iris graphics and 64 MB of eDRAM memory are now available in some mobile Skylake-U parts. Thus Broadwell will be the chip with the most powerful Intel integrated graphics until Intel releases a new CPU generation.

The Xperia name is trying to join the world of high-value Android brands. This month, at the Mobile World Congress in Spain we will see a whole new range of Sony Xperia devices. Yes, “Sony Xperia” not “Sony Ericsson Xperia.” Sony decided to focus on creating a more unified vision for its...

AOL is preparing the sale of ICQ

More messaging news coming recently...AOL corporation has hired two investment banks to sell its division that deals with the chat service ICQ, said blog All Things Digital. Morgan Stanley and Allen & Co. will have the task of ensuring maximum revenue for AOL. ICQ is now the subject of... 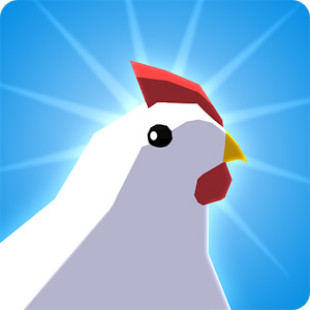