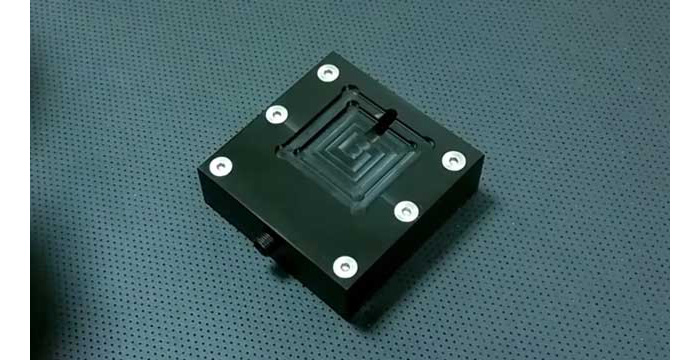 Hardware enthusiasts who constantly need more and more performance often de-lid their Intel processors so that they can place large heat sinks directly on the CPU die and lower the chip operating temperature, which is an especially helpful thing when overclocking. The need for de-lidding has risen in the past few years after the launch of Intel’s Ivy Bridge processors – the CPU dies have become very small and hard to cool down, not to mention Intel does not use the best thermal paste on its chips for some reason. Unfortunately the de-lidding process is not easy and in many cases it can damage processors, making them completely useless.

Fortunately a hardware enthusiast, known as der8bauer, has created a new tool that has made de-lidding a piece of cake. The tool is completely mechanical and carries the name Delid Die Guard, while completely supporting all Intel Skylake/Ivy Bridge/Haswell and possibly Sandy Bridge and Broadwell processors. The Delid Die Guard consists of two blocks that clamp together with 6 screws with a CPU placed inside. After this is done all you have to do is turn a screw inside the tool, which pushes the lid off and you are done. How does all this sound?

Until now overclockers had to de-lid their chips with razor blades and there always was the possibility of cutting a finger or damaging the CPU die. Now all this is gone. The Delid Die Guard will be on the market very soon – it’s just that a price was not mentioned.