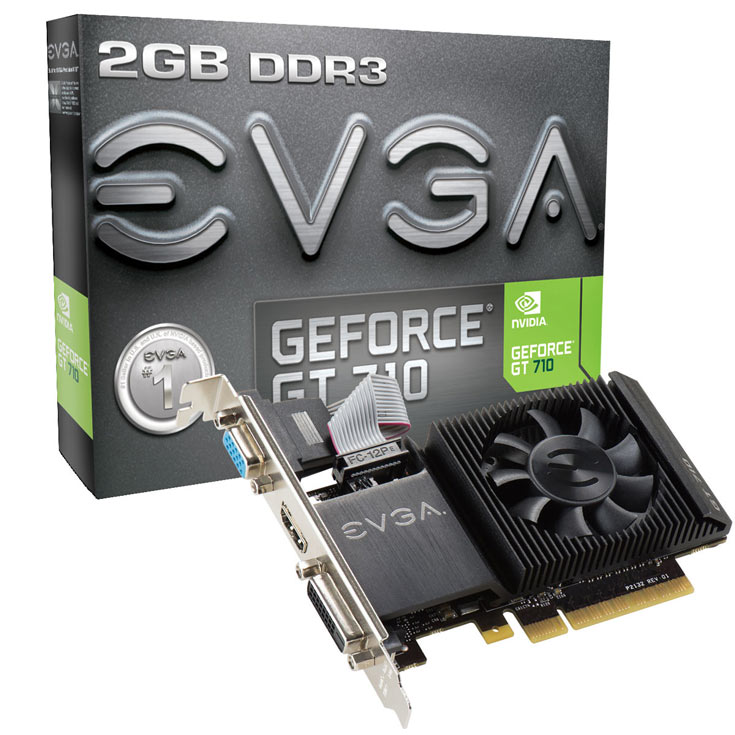 Yesterday NVIDIA announced the new entry-level GeForce GT 710 video card and manufacturers quickly followed this news with EVGA being one of them – the US company has announced six new GeForce GT 710 models.

The new GeForce GT 710 video card is based on the older GK208 GPU with the Kepler architecture inside. The GPU packs 192 CUDA cores, while a 64-bit memory controller is connected to 1 GB or 2 GB of GDDR3 memory that provides 14.4 GB/sec of memory bandwidth. The new video card is suitable for older games and non-demanding 3D apps as well as videos and desktop work. NVIDIA claims the GT 710 is up to 10 times faster than integrated video solutions such as Intel HD graphics. 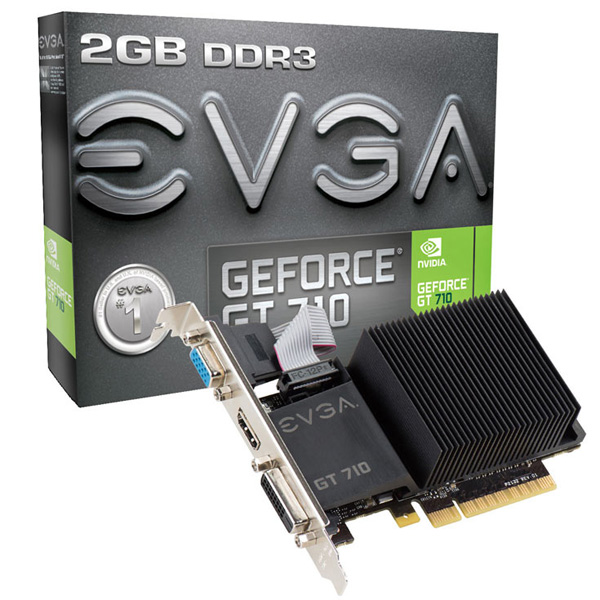 Unfortunately EVGA has not mentioned any details on GPU and memory clock speed so we assume the new GT 710 offers by EVGA follow NVIDIA’s reference design – the GPU runs at 954 MHz, while the installed memory operates at 1800 MHz. No word on pricing either.