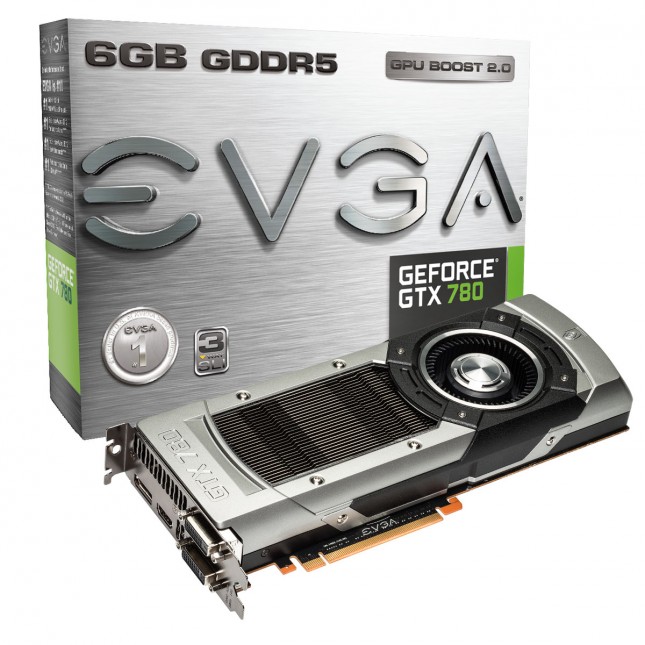 The new NVIDIA graphics cards have been launched and quite naturally all 3D card manufacturers will be looking for ways to attract you to their new products. Things will be a little more different for EVGA this time – the company has launched GeForce GTX 780 cards with the whopping 6 GB of GDDR5 memory on the board.

This decision of EVGA cannot be called strange because the company has a pretty smart way of attracting customers – the GTX 780 with 6 GB of memory gets as close to the GTX Titan as possible. Both cards make use of GK110 graphics cores but NVIDIA limits the double precision calculation speed in all of its non-Titan cards in the driver. In a few words you can now get a GTX Titan graphics card with lower double-precision speed (something that gamers will not be interested in) on the cheap.

The EVGA GTX 780 cards with 6 GB of VRAM will be available very soon for a price of USD 549.99. If you think this is good, then EVGA has a new and better surprise for you – the company will soon release a version of the GTX 780 Ti with 6 GB of VRAM too.