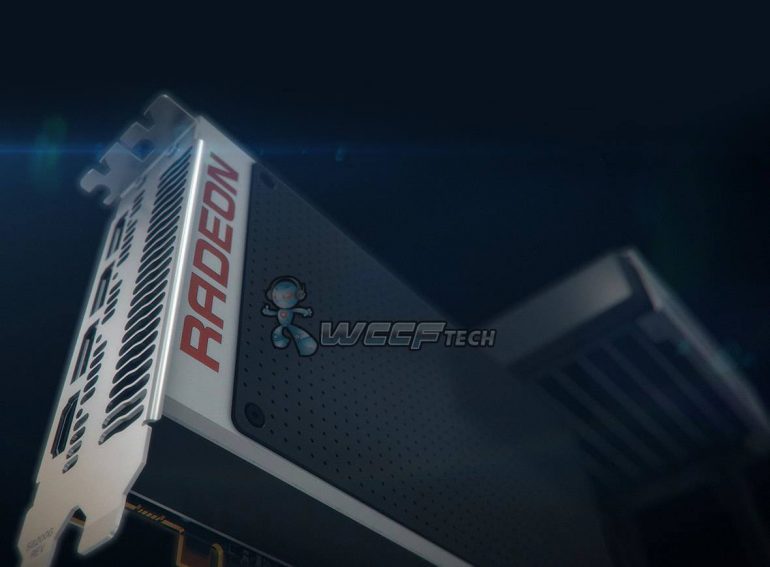 We reported earlier that AMD had had its Financial Analyst Day earlier this week but apart from simply talking about its graphics cards AMD also released what seem to be the first pictures of the upcoming Radeon R9 390X video card.

There are two pics as of now – the first one shows about half of the graphics card and its cooling solution as well as three DisplayPort connectors and one HDMI port while the second picture shows the AMD Fiji GPU. The Radeon R9 390X will have 4096 stream processors and 8 GB of the new HBM memory that will provide twice the memory bandwidth of the current GDDR5 generation at half the power consumption. The card itself will be in black and silver colors and will have a 120 mm cooling fan. Despite the powerful hardware inside the Radeon R9 390X will be a small-sized card – about two times smaller than the Radeon R9 295X2.

The new AMD video card will appear next month.