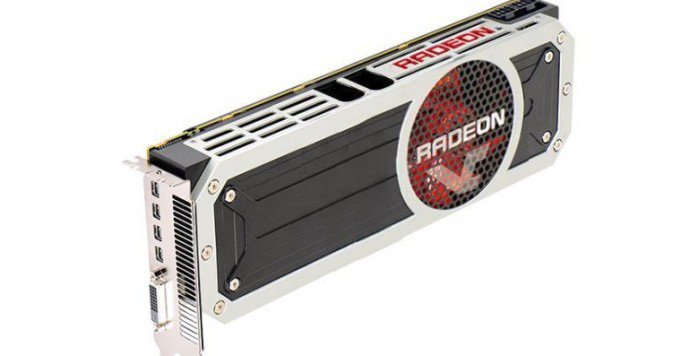 It is quite clear now that by the end of the year AMD plans to launch a new high-end graphics card that will compete with the GeForce GTX 980. There was even speculation the card would be called Radeon R9 380X but until now we haven’t had any specs in particular.

Online sources now claim the upcoming Radeon R9 380X will have a Fiji XT GPU with 4096 GCN stream processors, 192 texture units, 72 RBE modules, 4 GB of HBM (High Bandwidth Memory) memory that is said to be around 9 times faster than the current GDDR5 memory generation, a 384-bit memory bus and a large but silent cooling fan. The card will run its GPU at 900 MHz, while the memory will operate at 6000 MHz.

The first performance estimates claim that the R9 380X will be about 45 per cent faster than the current AMD flagship – the AMD Radeon R9 290X – and that it will beat the GeForce GTX 980 in most benchmarks. Moreover the naming scheme of the card suggests that AMD will launch an even faster card in 2015, which will likely be called Radeon R9 390X or something of this kind. It may even come as a dual-GPU card. As to the Radeon R9 380X – expect it Q2 2015.