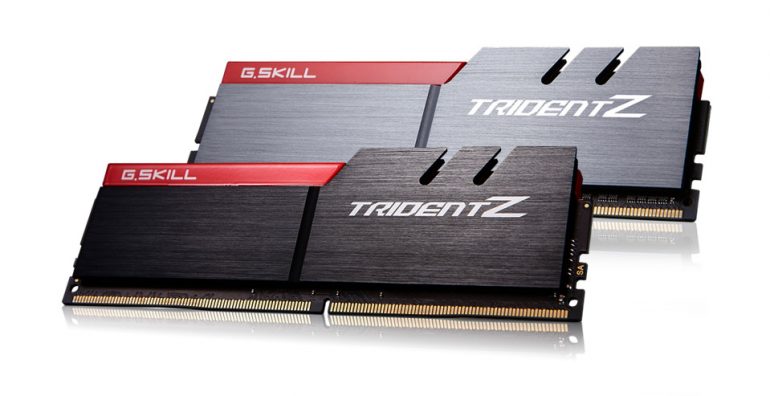 In the past few weeks the Taiwanese manufacturer of high-end computer memory G.SKILL announced a few new high-performance DDR4 memory modules that run at 3200 MHz and above. Some of them were even capable of running at 4266 MHz, which is a really insane speed but apparently this wasn’t enough for G.SKILL, which has just announced a new speed record – DDR4 memory that runs at 5000 MHz!

The new speed record belongs to the usual suspect – the high-quality Trident Z line. The result was achieved through overclocking but even then the record is there to stay. The memory that reached 5 GHz uses Samsung memory chips and worked in an MSI Z170I Gaming Pro AC motherboard. G.SKILL now says that the world’s top seven memory frequency records are now owned by G.SKILL memory.

“We are extremely excited to achieve this great milestone together with Samsung components and MSI motherboard,” says Tequila Huang, Corporate Vice President and Director of R&D, G.SKILL International. “We will continually push hardware performance to the limits and provide enthusiasts with even more advanced products.”

To reach 5 GHz with its Trident Z memory, G.SKILL employed the services of the acclaimed Taiwanese overclocker Toppc, who used liquid nitrogen. The actual record speed is 5002.4 MHz but there’s no information what voltage the memory needed. The memory was a single stick of Trident Z memory with a capacity of 4 GB and it ran at 31-31-31-63 latencies at the aforementioned speed. We bet that this stick will be faster than the first breed of DDR5 memory, if such memory ever comes to market.

Given the specific conditions needed for this record to be reached, we do not expect G.SKILL to mass produce DDR4-5000 memory so hardcore overclockers and gamers will have to do with the 4266 MHz DDR4 memory that the company offers. This is not a bad speed, though, don’t you think?