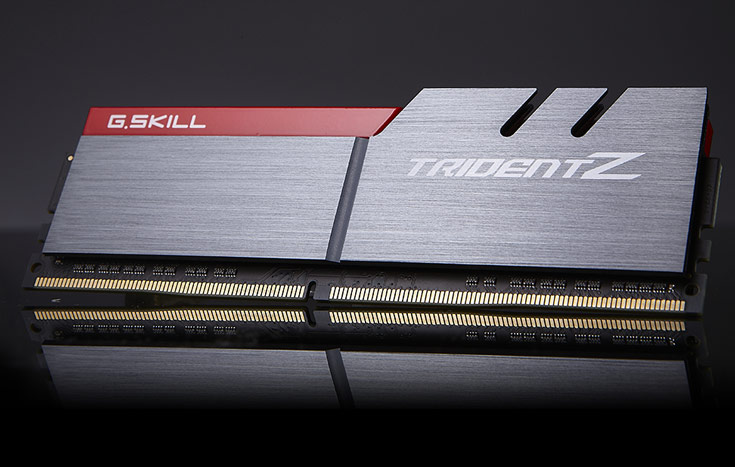 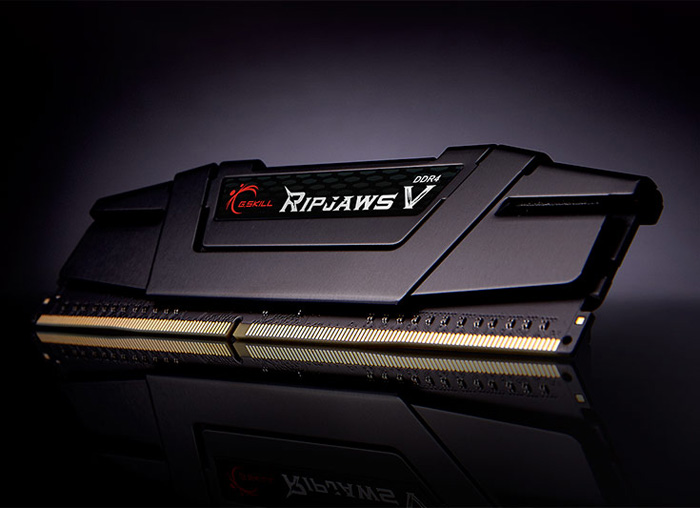 The new Trident Z DDR4 memory line succeeds the high-end Trident memory line and for the first time ever reaches 4000 MHz. The memory runs at this clock speed thanks to the used high-end Samsung IC memory chips and has been validated on the ASRock Z170 OC Formula motherboard. The Trident Z memory also has support for XMP 2.0 and comes with a single-piece design that allows direct heat dissipation from the heatspreader to the cooling fins and dual-color construction for the ultimate system builds. The Trident Z memory is also available at 3800 MHz but in both cases the memory comes as a single kit with a total capacity of 8 GB (2 x 4 GB). The voltage used differs though – the 3800 MHz Trident Z runs at 1.35V, while the 4000 MHz version of the same memory operates at 1.35V-1.45V. 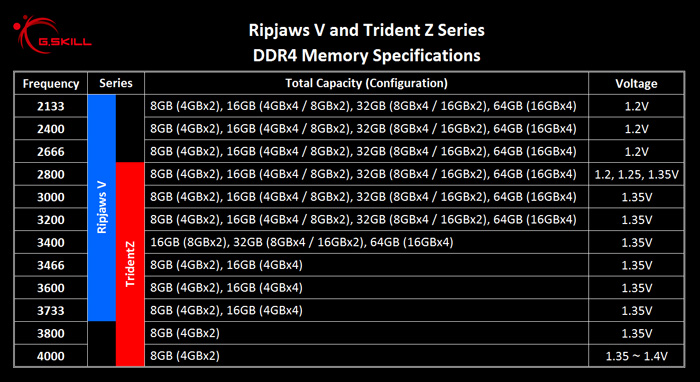 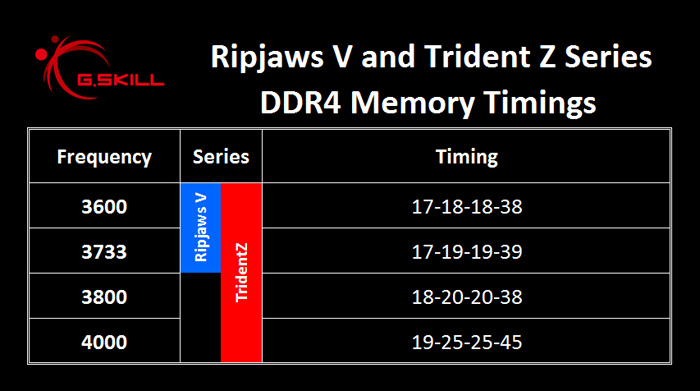 There’s no word on pricing but given the quality and the high clock speeds the Ripjaws V and Trident Z memory lines will not be cheap.