GDDR6 graphics memory to arrive in 2014

Memory bandwidth has always been crucial to the performance of any graphics card so the evolution of computer memory was pretty much destined to occur in the 3D field first. Not so long ago video cards were powered by plain SDRAM memory, which then evolved into DDR SDRAM, later into DDR2 and GDDR3 memory and lately into GDDR4 and GDDR5 memory with most graphics cards of today coming equipped with the fastest GDDR5 memory. Well, this will no longer be the case starting in 2014 – please meet the new GDDR6 graphics memory that will soon be in your computer too!

GDDR6 will supersede the current speed champion GDDR5 starting in 2014 and as expected the new memory will offer higher clock speed and hence higher overall performance compared to GDDR5. The current memory standard is quickly approaching its speed limit with the most powerful graphics cards sporting GDDR5 memory clocked at 6 GHz and while there’s 7 GHz GDDR5 memory in the lab the faster chips produce too much heat and consume too much energy to be of any practical use. The solution – GDDR6! 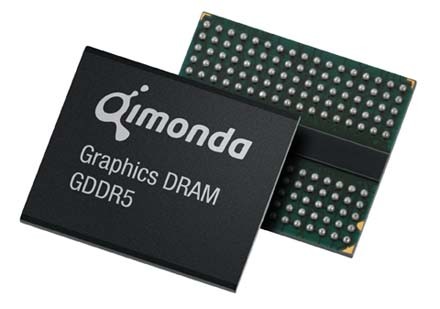 Intel, Qualcomm, NVIDIA, CISCO and Texas Instruments support the new memory type with the certification process already underway at JEDEC so the new GDDR6 memory is in good hands as of now.