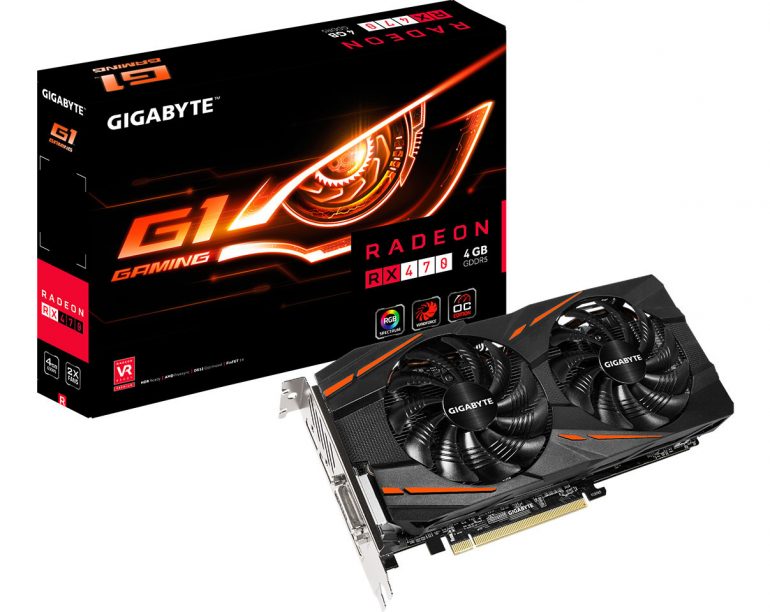 Not surprisingly after launching a number of new G1.Gaming video cards, the Taiwanese hardware maker Gigabyte has announced a G1.Gaming version of the Radeon RX 470. As expected the new video card comes with a ton of features and then more.

The Radeon RX 470 G1.Gaming graphics card is based on the new 14 nm FinFET Polaris 10 GPU and sports 4 GB of GDDR5 memory. The card is factory overclocked and runs its cherry-picked GPU at 1230 MHz. On top of it, the card sports WindForce 2X cooling that consists of two 90 mm fans paired with three composite copper heat pipes, which directly touch the GPU. The unique fan design also increases the cooling capacity by 23 per cent and when the GPU temperature is low the fans do not spin. Backed by a 6+1 power phase design, the Radeon RX 470 G1.Gaming graphics card offers great overclocking capabilities. In addition to this the card has RGB LED lights and supports the XTREME Engine utility software.

There’s no information how much the new Radeon RX 470 G1.Gaming graphics card costs.