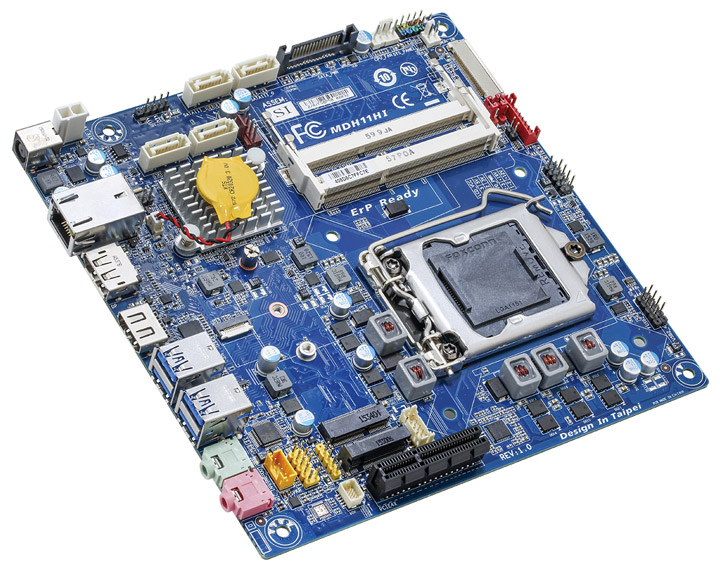 Gigabyte has presented a new and interesting motherboard, designed for Intel’s LGA 1151 Skylake processors. The board is called MDH11HI and measures just 170 x 170 mm, which makes it obvious that this is not a regular desktop computer motherboard, although you might be able to use it as such.

The new Gigabyte MDH11HI motherboard is based on the Intel H110 chipset and supports all Intel Skylake LGA 1151 processors except the Core i7-6700K and Core i5-6600K unlocked chips. In addition to this the MDH11HI is a mini-ITX board that includes a SATA Power connector and support for up to 16 GB of SO-DIMM DDR3L-1600 memory, up to four SATA devices, a single PCI-E x4 card and HDMI/DisplayPort/LVDS displays with the maximum resolution being 4096 x 2304 @ 60 Hz when using DisplayPort 1.2. The new motherboard also has Realtek ALC887 sound (on-board), a Realtek RTL8111HS-CG 10/100/1000 Mbit/sec network card, three internal USB 3.0 connectors, four external USB 3.0 ports and mini-jack for headphones and microphones.

The new MDH11HI motherboard will only be sold through OEM channels. No word on pricing as of now.