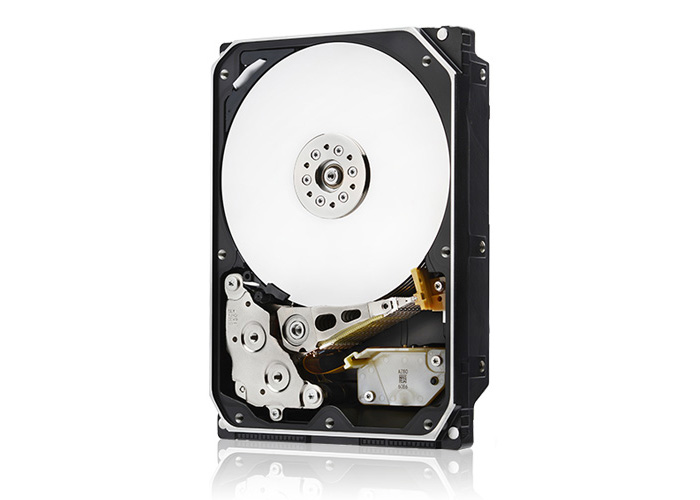 HGST, the subsidiary company of Western Digital, has announced the market release of the new Ultrastar He10 hard drive that comes with the record capacity of 10 TB. But there’s more – this is also the world’s first 10 TB hard drive that uses perpendicular magnetic recording (PRM), while being full with helium at the same time. Thus, according to HGST, the Ultrastar He10 not only packs top storage capacity but also low power consumption and improved reliability.

The new hard drive targets database centers and uses 54 per cent less energy when compared to traditional PRM hard drives with air inside. The eight platters inside the Ultrastar He10 spin at 7200 rpm and offer 1.33 TB of capacity per platter. The new hard drive offers 256 MB of cache, 4.16 ms of access time, 8.0/8.6 ms of average seek read/seek write times, up to 249 MB/sec of data transfer speed and 2.5 million hours of mean time before failure (MTBF). The Ultrastar He10 comes with support for SATA 3.0 and SAS 12 Gbit/sec and offers 5 years of warranty.

There’s no information how much the new hard drive costs but unofficially the drive is expected to sell for around USD 800 – USD 1000.