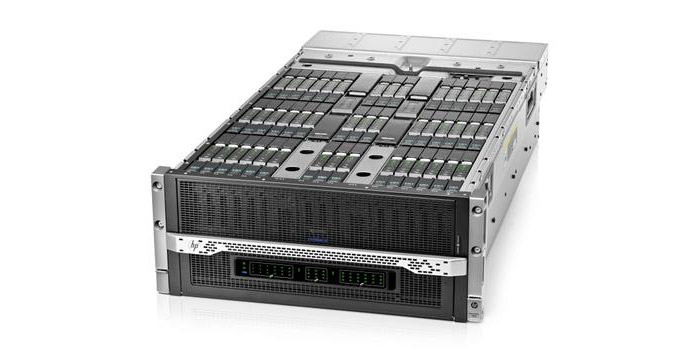 US tech giant HP has unveiled the first commercially available Moonshot system that makes significant progress in the server market by using up to 89 per cent less energy, 80 per cent less space for a price that is 77 per cent lower.

“With nearly 10 billion devices connected to the Internet and predictions for exponential growth, we’ve reached a point where the space, power and cost demands of traditional technology are no longer sustainable. HP Moonshot marks the beginning of a new style of IT that will change the infrastructure economics and lay the foundation for the next 20 billion devices,” said Meg Whitman, president and chief executive officer at HP.

A HP Moonshot system consists of a HP Moonshot 1500 enclosure and application-optimized HP ProLiant Moonshot servers based on Intel Atom S1200 processors. A HP Moonshot system supports up to 1800 servers per rack but even then it occupies just one-eighth of the space required by traditional servers. In addition each chassis shares traditional components such as the fabric, HP Integrated Lights-Out management, power supply and cooling fans for lower power consumption and complexity.

The HP Moonshot system is now available in the USA and Canada with commercial availability in Europe, Asia and Latin America in May 2013. The cheapest system starts at USD 61 875 for the enclosure, 45 HP ProLiant Moonshot servers and an integrated switch. As expected clients can customize their Moonshot system as they see fit.