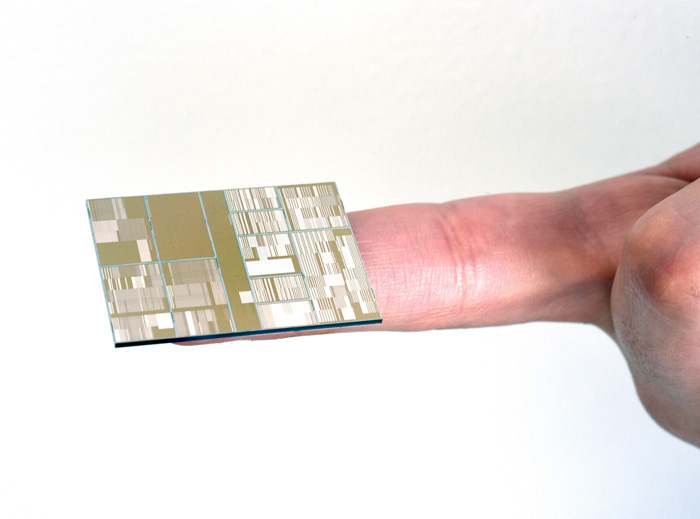 Despite it has been just a few short first months since the modern computer industry started enjoying the benefits of 14 nm processors, IBM, along with a few of the company’s partners, has developed the world’s first 7-nanometer chip.

The new chip technology is still in its infancy and will not find its way to mass production until a few years from now, but the actual creation of a 7 nm chip is a major technological breakthrough in an industry, which now starts to be plagued by smaller and smaller production processes, which come with outrageous expenses to achieve as well as tech difficulties. A simple example would be Intel’s upcoming Cannonlake processor. Expected to be made on 10 nm tech process the chip was recently pushed back by 6 months, presumably due to technology difficulties. Now thanks to this development it becomes clear that 7 nm chips are possible within the next 10 years.

The new processor is the result of efforts from IBM Research, Samsung and chip manufacturer GlobalFoundries which teamed to pool resources and knowledge and use them better in the long run. The new 7 nm production process will help new generation chips offer more and more computational power while using less energy and emitting less heat. Here’s a comparison – IBM’s current 10 nm chip production process improves the power-performance ratio by 40-50 per cent over today’s 14 nm chips, while the new 7 nm technology improves this power-performance ratio another 50 per cent when compared to 10 nm processors.