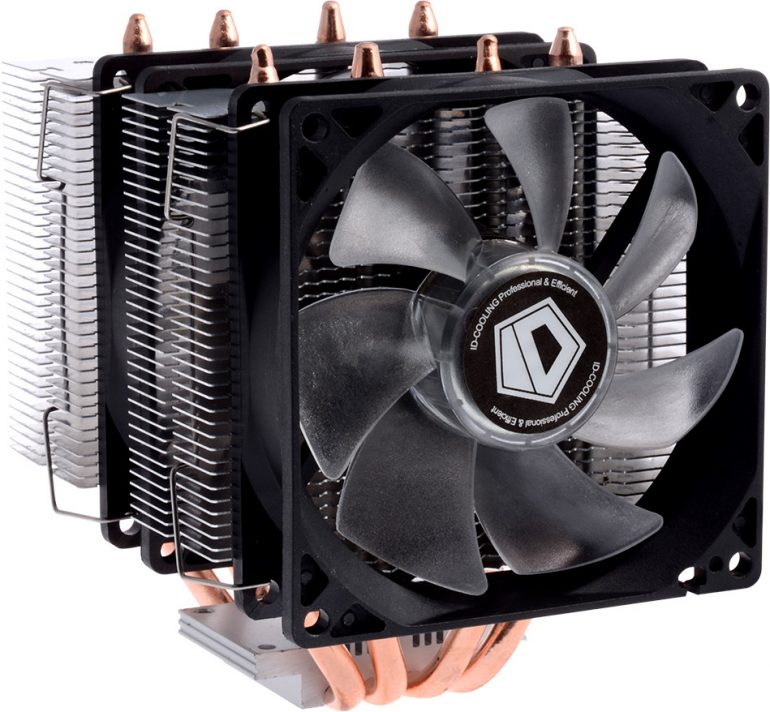 Perhaps you have not heard of ID-Cooling but this is a company that makes CPU coolers. In an attempt to make a name for itself ID-Cooling has just introduced a new CPU cooler called SE-904. Despite its humble name, the SE-904 can tame processors with TDP of up to 150 watts.

The new cooler comes with an aluminum heatsink that is the home of two 40-fin stacks that dissipate the heat, generated by the processor underneath. The stacks get cooled by a pair of 92 mm cooling fans that feature blue LED illumination, take 4-pin PWM input and spin between 600-2200 rpm, pushing up to 38.5 CFM of air each at noise levels of 14-23.8 dB. At the bottom the SE-904 has four 6 mm-thick copper heat pipes that take the heat from the CPU and transfer it to the fin stacks and the cooling fans. The entire cooler measures 100 x 121.9 x 124 mm (L x W x H) and weighs 550 grams. It supports all modern Intel and AMD processors for the LGA 2011v3, LGA 115x, AM3+, FM2+ sockets and more.