The first images of what appears to be a video card based on NVIDIA’s GM204 GPU have appeared online. They come from Chinese tech info sources and are not official at all but give a glimpse as to how GM204-based cards may look like.

The GM204 GPU is expected to retire the current GK104 graphics processor and become NVIDIA’s next generation workforce GPU. The chip is said to have 3200 CUDA cores on the latest Maxwell architecture and 4 GB of VRAM memory accessed over a 256-bit memory bus. It will probably be built on the current 28 nm tech process and will likely appear before Christmas 2014.

As to the card itself it does not show much except the rumored GM204 GPU and some other video card components such as eight memory chips that sit on three sides, reinforcing the rumored 256-bit memory interface. The rest of the video card is blurred, as you can see, in order to protect the product and the tech advancements NVIDIA has achieved. 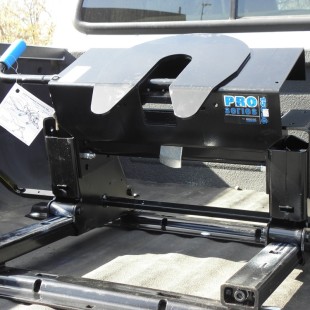 The standard hitch on cars and trucks is the trusty old ball hitch.  They are by far the most common hitch and you can use them with most trailers and campers.  If you are going to be towing something really large and heavy, then a fifth Wheel Hitch is often recommended. How they...

WD , the world's leader in external storage solutions, and NEC Electronics Corporation , a leading provider of semiconductor solutions, today announced that the companies have collaborated to promote the new SuperSpeed Universal Serial Bus (USB) 3.0 standard, a next-generation interface to be...

Stylish in design, easy to use and with no installation requirements, the BlueAnt S1 car speakerphone offers a safe way to use your phone while driving. The S1 is just as easy to use as its predecessors in the BlueAnt range: answering a call is as simple as saying the word "Answer." There is...