At the on-going Intel Developer Forum (IDF) 2015 Intel has finally detailed the Skylake CPU microarchitecture, full two weeks after the first two flagships of the new CPU family were launched – the Core i5-6600K and Core i7-6700K.

Despite the minor performance gains that Skylake exhibits, the microarchitecture inside the two new chips has undergone numerous changes. We’ll start with the CPU die – the new processor family comes with new Intel HD Graphics inside that now occupies almost half of the CPU die, which is a lot of area. The CPU cores have been moved as well – now they occupy two rows with each one of them featuring two cores. The L3 cache sits in the middle between all four cores. This is a departure from previous designs that placed all cores in a row with the L3 cache sitting underneath. Finally you have the memory controller and various I/O controllers. 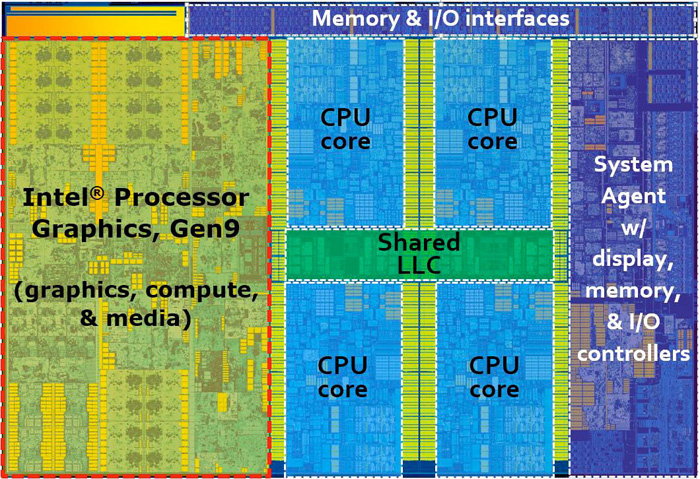 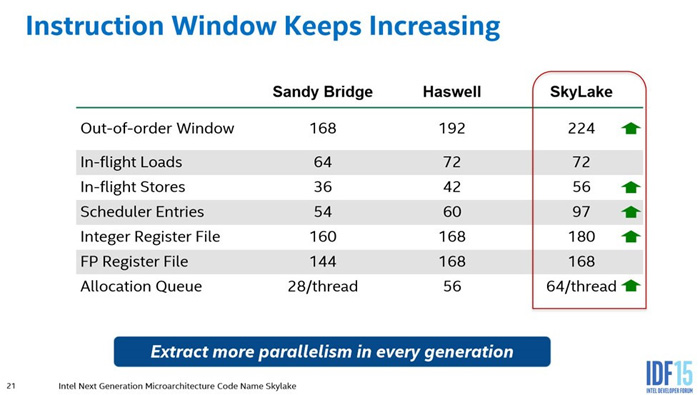 Intel will soon launch a wider range of Skylake chips that will occupy the mid-range and budget-oriented market segments. As of now there are just two Skylake chips on the market – the high-end enthusiast-oriented Core i5-6600K and Core i7-6700K.