Specs-wise there are no surprises – the two chips are manufactured on Intel’s finest and most advanced 14 nm FinFET process and they both require the new LGA 1151 socket. The processors come with support for DDR4-2133 memory and DDR3L-1600 memory and include a new graphics core that is known as Intel HD 530. This is a rather strange name since until now Intel’s integrated GPUs used four digits to represent their generation. Starting now, though, Intel will use just three digits to represent the GPUs built into the processor. Although it comes with the digit five inside, the new GPU belongs to the older GT2 generation and includes 24 execution units that run at 1150 MHz; both the Core i7 and Core i5 Skylake chips get the same integrated GPU. While it may seem that you are getting older technology here, the HD 530 GPU comes with several new features that include individual power and clock domains for more efficient use of resources, depending on the load, memory color stream compression, quick standard adjustments to images via hardware acceleration (Camera Pipe) Multi Plane Overlay technology which is similar to what AMD offers in its Carrizo chips in regards to video playback and more.

As reported before the two new Skylake processors do not come with cooling solutions so you will have to obtain one on your own. Thanks to the peculiarities of the LGA 1151 socket, though, most LGA 775/1156/1155/1150 coolers should fit so don’t be too quick to buy a new CPU cooler. Speaking of this the Core i7-6700K and Core i5-6600K come with TDP of 91 watts, which is a bit more compared to Haswell, which has TDP of 84 watts. The chips require the Intel Z170 chipset, which was launched along with them and a LGA 1151 motherboards – fortunately there are many models on the market now from MSI, ASUS, ASRock, EVGA and other manufacturers. 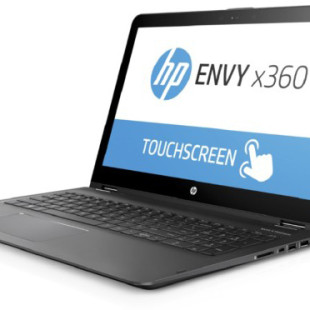 HP, in partnership with AMD, has announced the world’s first notebook with AMD’s latest mobile Bristol Ridge APUs. The notebook is called ENVY x360 and carries an AMD FX-9800P processor. The FX-9800P chip has four Excavator computational cores that run at 2.70 GHz (3.60 GHz Turbo) and Radeon...

Taiwanese company Greenbook has introduced its newest eReader device called EZRead Touch which comes with a pocket friendly price tag of $95. As the name indicates, the reader is fitted with 6-inch E-Ink touchscreen for easier page turning, it is powered by 800 MHz Freescale iMX508 processor...