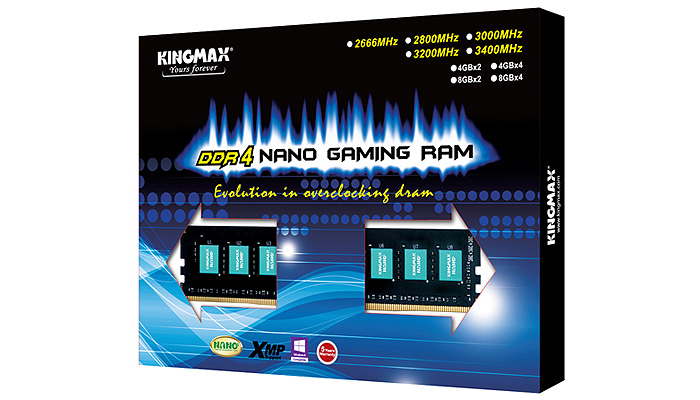 The Taiwanese maker of computer memory Kingmax has presented a new DDR4 SDRAM memory line that comes with a nano coating. Thus the new memory line continues the Kingmax tradition of offering memory with nano technology – a few years ago we got DDR3 modules from Kingmax with the same technology inside (or on them to be more precise).

The new DDR4 memory with a nano coating belongs to the Kingmax Nano Gaming line of gaming memory and can be used with PCs on the Intel X99 chipset and Haswell-E processors. The memory is also fast – depending on the model it runs between 2666 MHz and 3400 MHz and is available in 4 GB and 8 GB memory modules. There’s also support for XMP 2.0 and the required voltage sits between 1.2V and 1.35V.