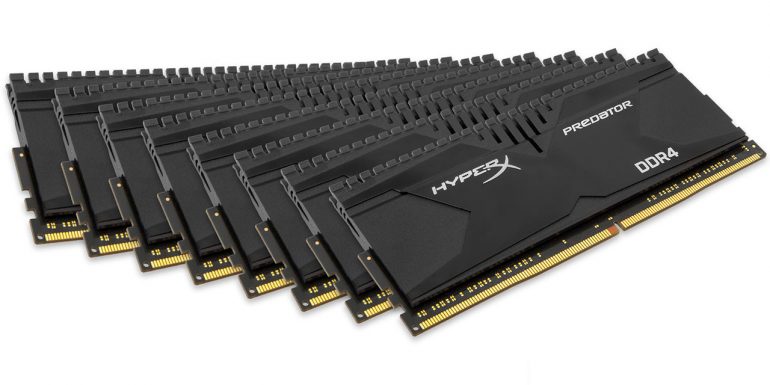 The HyperX division of Kingston Technology Company, Inc., which deals with computer memory, has announced the successful creation of the world’s fastest 128 GB DDR4 memory kit. It consists of eight 16 GB HyperX Predator memory modules for total capacity of 128 GB and runs at the mind-boggling 3000 MHz. These results have been achieved along with an MSI X99 MPOWER motherboard and an Intel Core i7-5820K processor.

The new memory kit by Kingston HyperX will be released during the upcoming Computex 2015 exhibition, which is to take place in early June 2015. No word on pricing but given the tech specs of the new DDR4 memory kit we do not expect it to be cheap.