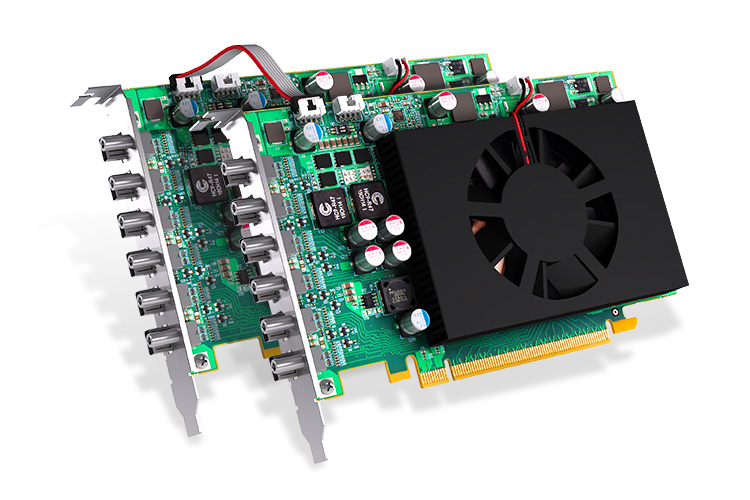 Back in September the video card maker Matrox announced its intention to release new graphics cards with AMD chips inside. The plan has become reality – the first AMD-based Matrox cards are on the market now.

There’s some irony in this news – about 20 years ago Matrox was a major player in the graphics cards field. Making 2D cards in the 1990s Matrox had hit products like the Matrox Millennium video solutions which were heavyweight champions in their categories. The 3D revolution in the late 1990s and early 2000s and the appearance of players like NVIDIA and ATI pushed Matrox into oblivion and the company decided to focus on niche video cards where it exists even today. The irony is that at present Matrox uses GPUs designed by ATI engineers who now work for AMD.

There are two AMD-based Matrox cards as of now – the C420 LP and C680. The former is a low profile card with passive cooling and supports 4 displays while the latter is a card with active cooling and support for 6 displays. The GPU inside these cards is unknown but it is likely a Cape Verde chip, which makes both products comparable to a Radeon 7700-class video card.

Sony BRAVIA HDTVs with Gorilla Glass up for grabs

The two solutions are designed for professional work and are best used in TV centers and TV studios where live monitoring of different video feeds is needed. Given the professional nature the cards are not cheap – the C420 LP costs EUR 450, while the C680 sells for EUR 540. Both cards have a 3-year warranty if this is any consolation for the high prices.