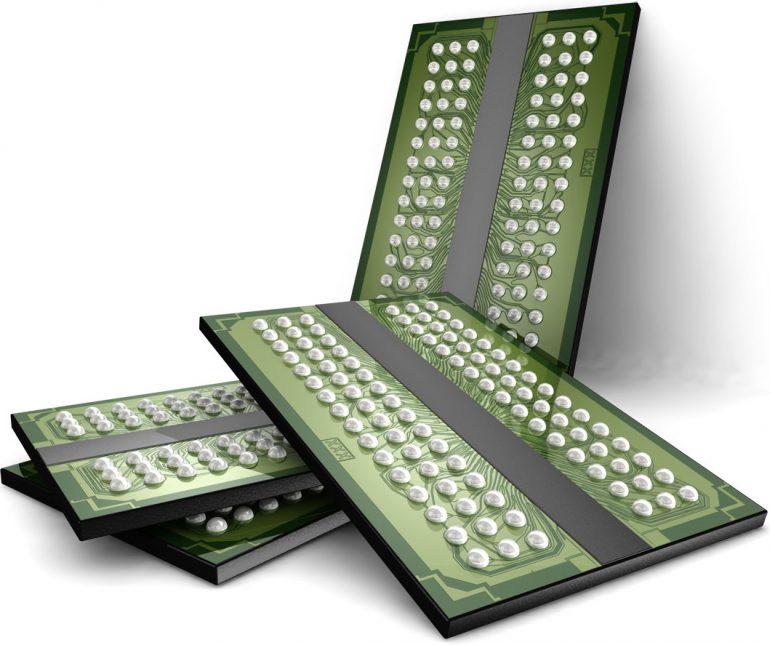 Micron Technology has announced the successful start of deliveries of GDDR5 memory made on 20 nm process technology. There are no other details with this news but the company likely shipped its first 20 nm GDDR5 memory chips a few weeks ago.

“We commenced shipments of our first 20 nanometer graphics products,” said Mark Adams, president of Micron, during the company’s quarterly conference call with investors and financial analysts.

The news follows an announcement made earlier this year in which Micron stated it had begun sampling of 8 Gb GDDR5 memory chips. This memory can be used in gaming consoles and in graphics cards.

The new Micron memory will likely find its place in a new revision of Sony’s PlayStation 4 gaming console. Currently the video game system uses sixteen 4 Gb GDDR5 memory chips and with the new memory the number can be cut down to just eight 8 Gb GDDR5 memory chips. This will simplify the design of the console and will reduce both the power consumption and the heat output. In addition the new Micron memory will make it easier to produce new video cards that hold 8 GB of on-board memory.

Your Complete Guide to Gasoline

In the next few years GDDR5 will be replaced by the newer and much faster HBM memory but as of now only AMD’s ultra high end Radeon R9 Fury X video card makes use of HBM memory. NVIDIA will, however, follow the same path with the introduction of the Pascal GPU architecture that will rely exclusively on HBM memory. Quite honestly, there’s still a lot of time until we get there and Micron feels there’s still money to be made with GDDR5.