Micron to mass produce GDDR5X memory by this summer

When the first HBM memory-enabled video cards appeared last year most of us thought that the time of GDDR5 had finished. Yet this turned out not to be the case – memory makers quickly came up with the idea of GDDR5X, despite expectations of GDDR6, and it seems now that GDDR5X might have a brighter future than HBM memory, at least in mid-to-high-end video cards. 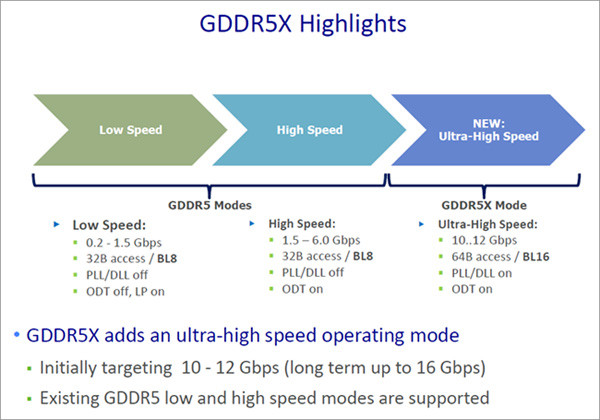 The major US memory maker Micron has announced that it now has working samples of GDDR5X memory and that mass production of the new graphics memory will start by summer 2016. The company expects GDDR5X to co-exist on the market with GDDR5, HBM and even HBM2-memory based graphics solutions. Apart from this the new memory has not undergone any changes – GDDR5X will be able to theoretically reach 16 Gbit/sec of memory bandwidth at 8 GHz but in reality existing samples can reach only 13 Gbit/sec. Again GDDR5X will be able to transfer 64 bits per clock cycle versus 32 bits in GDDR5 and on top of this it will feature lower operating voltage of 1.35V versus 1.5V in GDDR5. 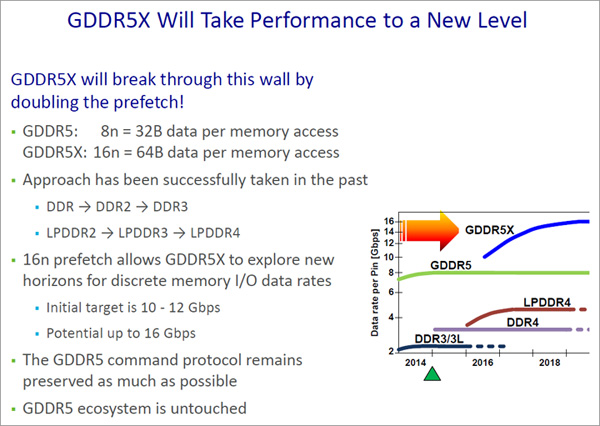