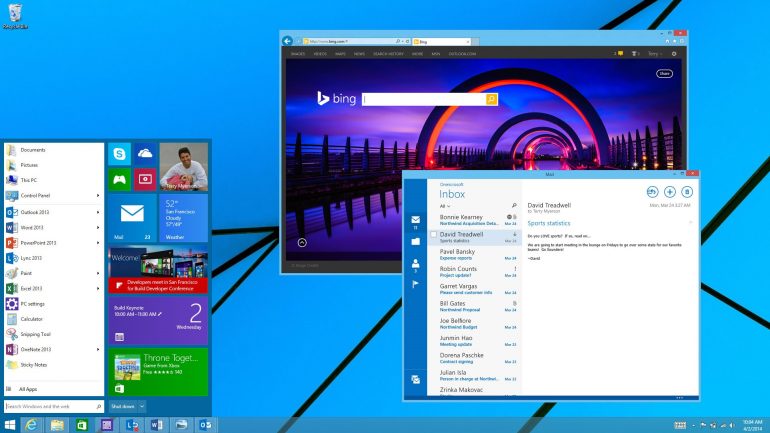 Do you know what September 30, 2014 will likely be remembered for? This is a tricky question so we will help a little here – if you are an IT person you will remember this date with the introduction of Windows 9 – or so we believe.

Indeed, the new operating system is expected tomorrow but there may be an additional surprise for you – Windows 9 may not be called this way and some analysts even expect that Microsoft will retire the Windows brand name. They expect that the new operating system may simply be called Windows, in case Microsoft keeps the name, or something else to emphasize the new direction and style for Microsoft, which moves away from its aggressive focus on Windows and PCs under the guidance of its new CEO Satya Nadella. This expectation is backed by the recent unification of the Windows, Windows RT and Windows Phone brands under the single brand name of Windows, which also shows that Microsoft is willing to make bold moves. The name change will also get Microsoft rid of the negative baggage accumulated with the unsuccessful releases of Windows ME, Windows Vista and Windows 8.

Other sources on the Internet comment that Windows 9 will come for free to Windows 8/Windows 8.1 users – information that has been confirmed by the president of Microsoft Indonesia Andreas Diantoro. There’s no information if Windows 7 users will be able to take advantage of this opportunity, but by making Windows 9 free for some users Microsoft will try to avoid the longevity of Windows XP that now transfers to Windows 7.

Windows 9 is expected to come with a newly redesigned Start Menu, which was absent in Windows 8, several virtual desktops, a new Notification Center and a number of other improvements that will try to fix all problems Windows 8 brought along and make your Windows experience enjoyable and fun once again.

Stay tuned for more information on the upcoming Microsoft event!