During an event, held in the United States, the software giant Microsoft has presented its new Windows operating system, codenamed Threshold. To the surprise of analysts and millions of people around the world, the new version of Windows is called Windows 10, instead of Windows 9, which was the widely expected brand name for the new OS.

Microsoft says the new OS is such a significant leap compared to Windows 8 that calling it Windows 9 will not do it justice. Indeed, the new version of Windows does come with a number of major changes and improvements so the version jump may be justified. The biggest news is that Windows 10 is the first Windows OS that will run on all kinds of devices – notebooks, desktop PCs, tablets and even smartphones. This means that developers will use only one way to write an application for Windows 10 and then they will not have to worry about incompatibility issues. Quite logically Windows 10 will be the next major version of Windows Phone but as of now Microsoft has not disclosed more details on how the new Windows version will absorb the Windows Phone infrastructure.

The next big thing is that the Start Menu is back. It combines aspects from both Windows 7 and Windows 8 and when you perform a search the Start Menus will do a web search for you as well. In addition to that users will be able to extensively customize the new Start Menu.

Windows 10 also provides better touch, keyboard and mouse integration, wrapped in a new approach that is called Continuum. This new feature will be able to automatically switch between modes by detecting how users interact with the device Windows 10 is running on. It also carries over to design aspects such as the new Start Menu, windowed apps inside the desktop and more.

A major new feature is the existence of new virtual desktops just like in some versions of Linux and Mac OS X. Microsoft has not provided its audience with extensive details on how this feature works but the new view can be triggered with a new “task view” button, which allows users to create a new virtual desktop and then jump between the “real” one and the “virtual” one. The taskbar in the new desktops can be customized so that you can have a “work” desktop and then a “home” desktop, if you want. All programs, open in virtual desktops, will keep running in the background when you switch desktops, so you will not have to open a certain program numerous times in case of need.

Sounds good? Don’t get too excited – this was just a presentation and the retail version of Windows 10 will arrive in late 2015; until then only developers and advanced users will have access to the new OS. Microsoft also has not said anything on performance, Cortana integration, 4K support, a solid release time frame and system requirements, although hardware enthusiasts on the Internet claim the hardware requirements of Windows 10 are the same as in Windows 8. There’s no word on pricing too and although there was speculation the new OS will cost just a nominal fee (or even be free) to Windows 8/8.1 users, Microsoft has also said nothing on how much the new OS will cost.

It appears that Windows 10 is still an unfinished product and until the official release date Microsoft wants to get some user feedback so that it can make the new OS appeal to as many people as possible. This is not a bad approach and in fact may be the basis for the possible success of Windows 10. Will it become a successful product? Only time will tell.

A few days ago a mysterious picture of a yet unannounced NVIDIA product was posted on Facebook creating a large number of speculations and excited NVIDIA fans. Well, the mystery surrounding the picture seems to have been solved. Sources close to NVIDIA have revealed that the teaser image... 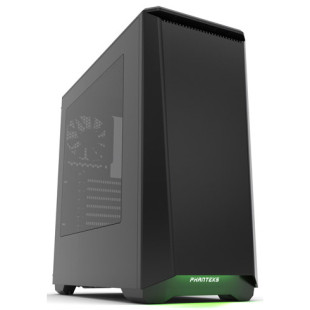 The Taiwanese maker of PC cases and chassis Phanteks has announced the commercial launch of the Eclipse P400 and Eclipse P400S PC cases, which were presented at CES 2016 not so long ago. The difference between the two models is that the Eclipse P400S comes with noise-blocking materials on top...