A few weeks ago we reported that Microsoft planned to unveil a ton of new Windows 10 features aimed at regular users on a certain day in January 2015. This day has now been set and it is January 21, 2015. The event will likely be a big one as several Microsoft directors will be speaking at it including the current CEO Satya Nadella.

“On Wednesday, January 21st – we will be holding an event here on Microsoft’s Redmond campus where we will talk about the next chapter of Windows 10. You’ll hear directly from senior leaders from the Operating Systems Group including Terry Myerson, Joe Belfiore and Phil Spencer who will talk about the Windows 10 consumer experience – continuing the story we began in September. You’ll also hear from our CEO Satya Nadella as well,” Microsoft’s Brandon LeBlanc stated in a Windows blog post.

The event will be broadcasted live on the Internet so the general public will be able to see in real time what happens at the Microsoft event. As of now, however, there are no details on how and where the live webcast will take place so maybe it’s a good idea to check Microsoft’s web site to get more information. We will also report on these details when they become available.

Windows 10 is the next generation of Windows designed to bring Microsoft back to its days of glory and repair the damage caused by Windows 8. The new OS will have many new features including a new touch interface called Continuum, a redesigned Start Menu, flexibility allowing it to run on all kinds of digital devices and much more. Charm King is a game, whose name has nothing to do with the content inside. Guess what – this app is another matching game, albeit with a few new things to make it stand out from the crowd. Charm King virtually does not bring anything new to the table – you have 2D graphics, numerous levels... 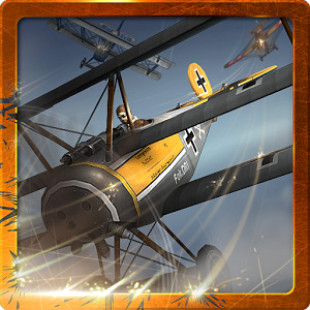 There are many games that take you back to World War II but few games are about the first Great War. Air Battle: World War happens to be one of these rare games but what’s even more exciting is that you will be flying a plane here instead of leading troops on strategy maps, etc. When you... It’s weekend time again, which means you’ll get a few more reviews of free games for Android. So get your Android device charged, your Internet connection ready and then sit down for a while to see what we have for you this time. We’ll start with a relatively new game called Flop Rocket...