MSI today introduced two new N500 series graphics card featuring Twin Frozr II Thermal design that allows them to reduce noise output by up to 8.4dB and operating temperatures by up to 20°C compared to the reference design.

The new cards from MSI are the N570GTX/N580GTX Twin Frozr which are equipped with a large Nickel-plated heat sink with a copper base over the GPU and Form-in-one metal heat sink that cover memory and PWM components, plus two temperature-controlled 8cm PWM fan and five heatpipes. MSI also incorporates All-Solid Capacitors which they say have lifespan of over 10 years under heavy load. 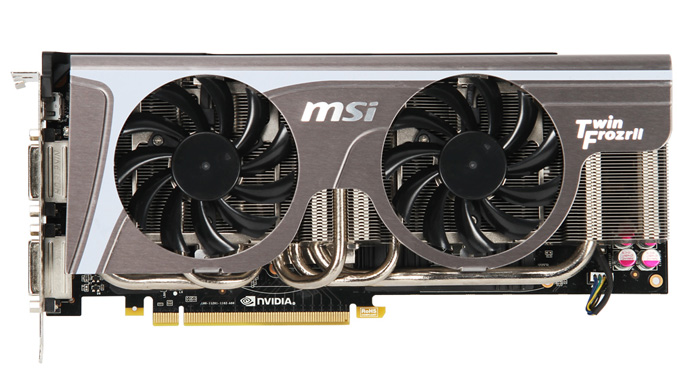 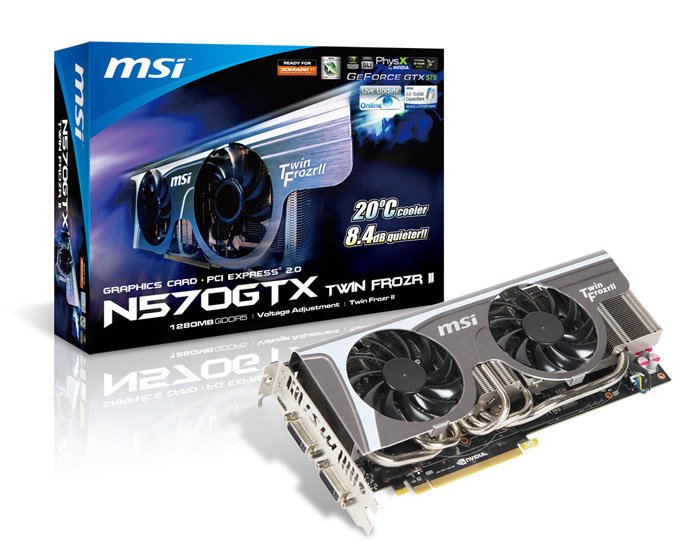