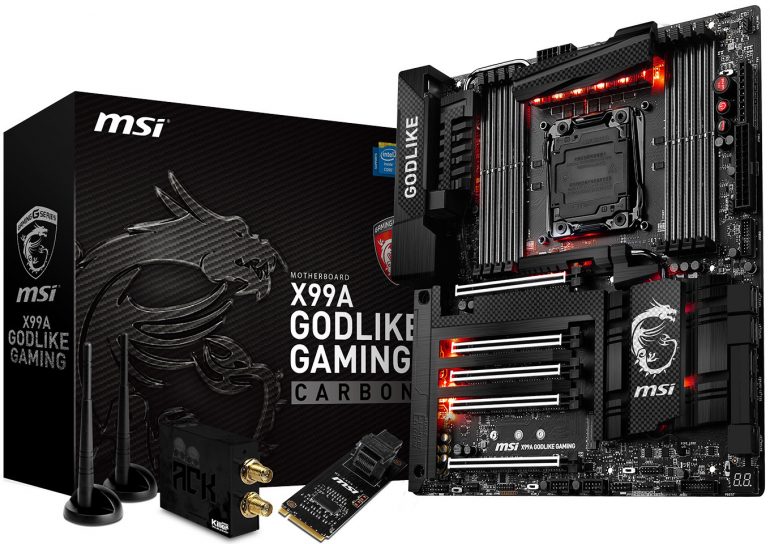 MSI has announced two new gaming motherboards called X99A Godlike Gaming Carbon and Z170A Gaming Pro Carbon. As the names of the boards suggest they are designed for Haswell-E and Skylake processors by Intel.

The two new boards share some of the tech specs. They both include carbon fibers for increased board durability and make use of MSI’s Mystic Light technology. This is where the differences start. The MSI X99A Godlike Gaming Carbon has 12 power phases for the CPU, which is housed in Intel’s LGA 2011-3 socket, eight DDR4-2133 memory slots (up to 128 GB), an M.2 port, SATA Express, eight SATA 3.0 ports, Wi-Fi and two Gigabit Ethernet ports. The board also supports 4-way SLI and CrossFireX configurations (3-way with Intel Core i7-5820K processor installed) and has USB 3.1 ports, a Nahimic audio subsystem, and more. 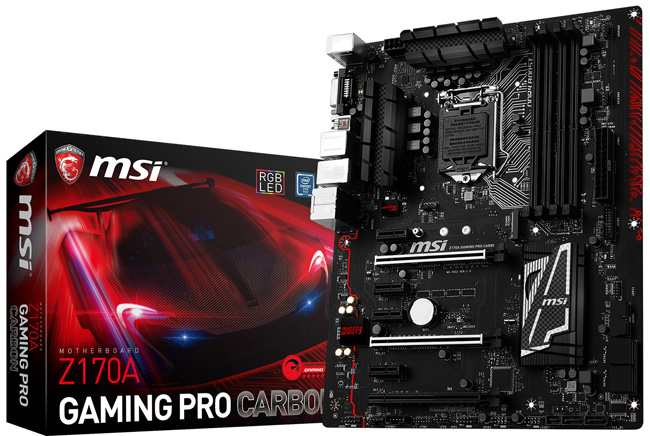 The Z170A Gaming Pro Carbon is a simpler motherboard designed for Intel LGA 1151 processors. This one comes with a LGA 1151 CPU socket, four DDR4 memory slots for up to 64 GB of memory, built-in sound, USB 3.1 ports, an M.2 port for SSDs, and three PCI-E 3.0 slots that support x16/x4 NVIDIA SLI configurations and x16/x4 or x8/x8/x4 AMD CrossFire configurations. In addition to this the Z170A Gaming Pro Carbon has four SATA 3.0 ports and a single SATA Express connector.

There’s no information on when the new boards will be in stores but we expect them to be on the market very soon. No word on pricing either.