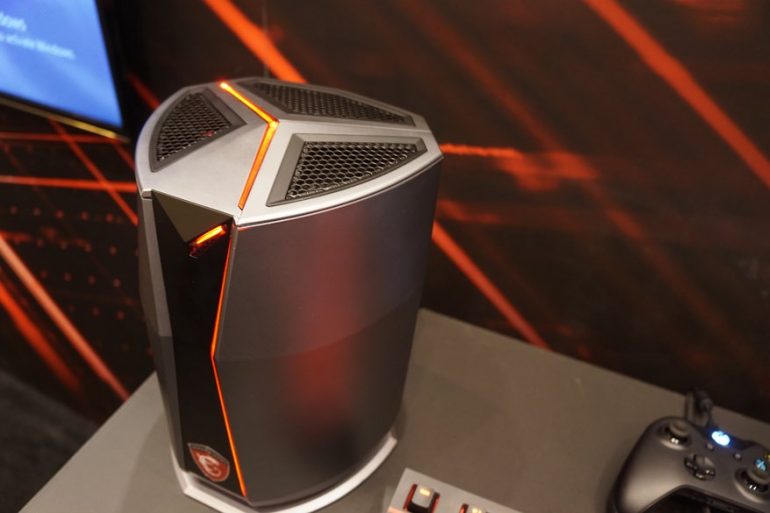 MSI has proven once again that gaming computers do not need to be big and heavy – the Taiwanese company has announced the Vortex, which happens to be a small-sized gaming computer that looks like a large cylinder.

Thus the new Vortex computer resembles the Mac Pro from Apple a lot but is better in almost any other case – the Vortex case can take up to 6.5 liters of water, which is not that much and comes with two fans – a bottom intake fan and another top mounted exhaust fan. Inside the computer will surprise you with its Intel Core i7-6700K quad-core processor on the Skylake architecture, dual GeForce GTX 980 video cards with support for SLI, DDR4 memory slots that can take up to 64 GB of RAM and more. The Vortex will have two versions – the first one we just described, while the second one is a bit cheaper and slower. This is so because the second version features two GeForce GTX 960 video cards and an Intel Core i5 processor from the Skylake family.