MSI releases motherboard with support for 128 GB of RAM

MSI, a leading Taiwanese manufacturer of motherboards, has introduced a new motherboard – MSI X79A-GD45 (8D) – that is based on Intel’s newest X79 chipset and features 8 DIMM slots for a total support of 128 GB of quad-channeled DDR3 memory. Processors supported, as expected, are all solutions based on socket 2011.

The new motherboard is an 8 DIMM slot version of the same motherboard released a bit earlier.

MSI aims to deliver a high quality high-end board and this is why it has equipped it with Military Class III components (DrMOS II, Hi-C CAP, Solid CAP, Super Ferrite Choke), 8 slots for memory with support for DDR3-2400 memory, two SATA 6.0 Gbps and four SATA 3.0 Gbps ports, plus three PCI-Express 3.0 x16 and two PCIe 2.0 x16 slots. 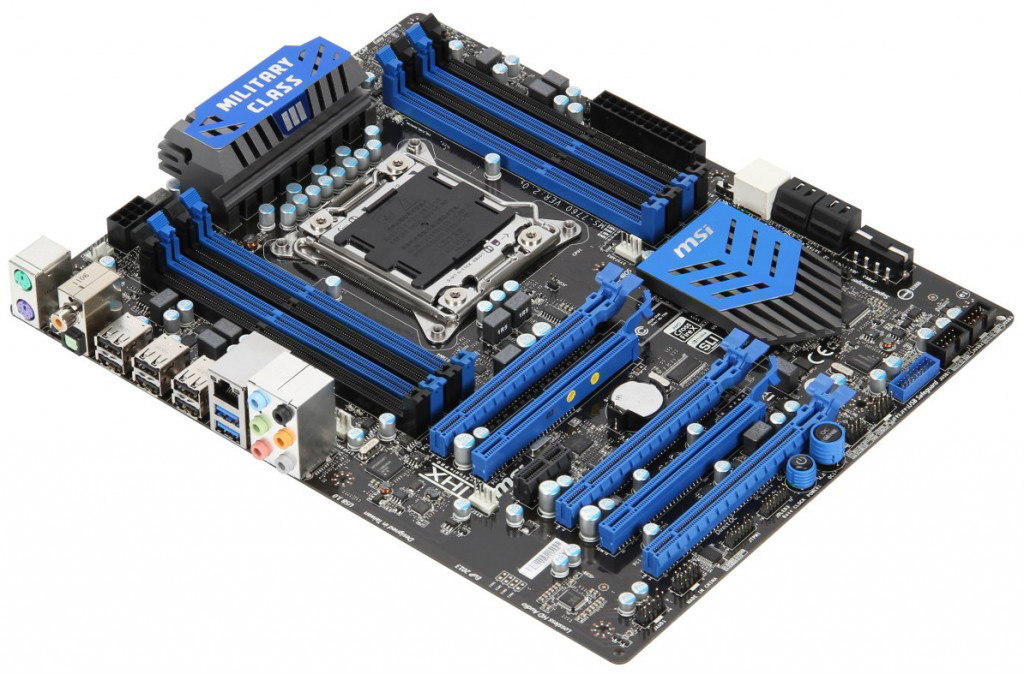 Pricing is still unknown but judging by the price of the cheaper quad memory slot model (195 EUR) the new 8-slot X79A-GD45 (8D) will easily go above 200 EUR.