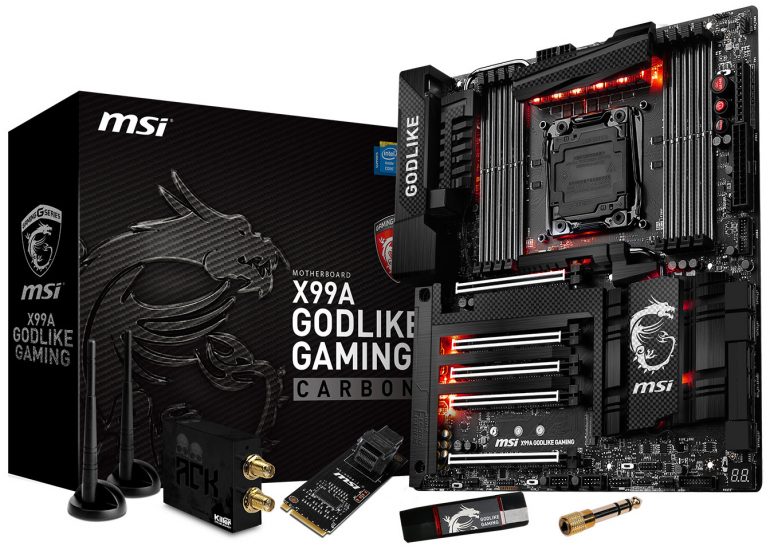 Intel’s high-end X99 platform has been with us for a year and a half now but despite this it keeps on getting new motherboards like the just announced MSI X99A GODLIKE Gaming Carbon, which packs tons of features and integrated RGB LEDs.

MSI has not announced the price of the X99A GODLIKE Gaming Carbon motherboard but the board is out now so if you are interested in it, you should check with your local MSI dealer.