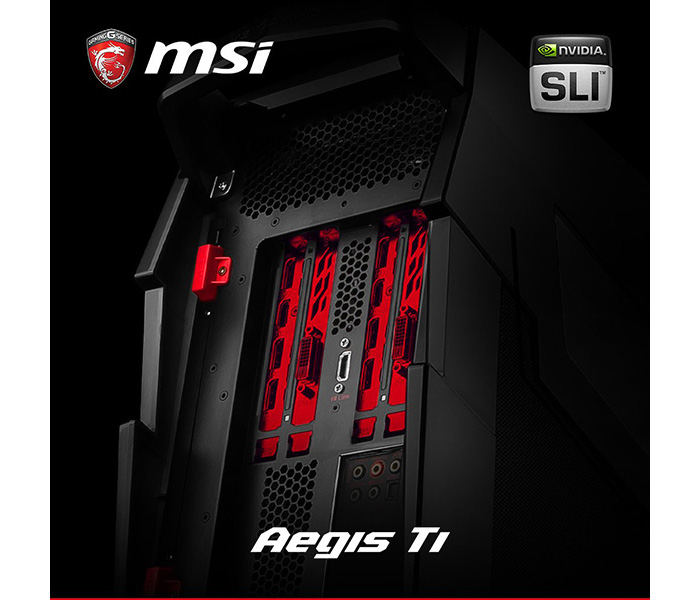 The MSI Aegis line of small-sized gaming computers will soon get a new member. According to online information the Taiwanese computer giant will soon add a third computer to the line. This gaming PC will carry the Aegis Ti product name and will come with two video cards instead of one.

Apparently the Aegis Ti computer will be a high-end one but the tech specs of the device are still unknown. The computer may come with two GeForce GTX 1080/GTX 1070 cards or even with AMD’s latest Radeon RX 480, although the first preliminary picture of this gaming PC shows the NVIDIA logo. In addition the Aegis Ti will come with a different layout – in this PC the video cards will sit on top of the motherboard. Until now the other two MSI Aegis PCs had their video cards sitting in parallel to the motherboard.

The Aegis Ti should appear soon but an exact launch date still does not exist.