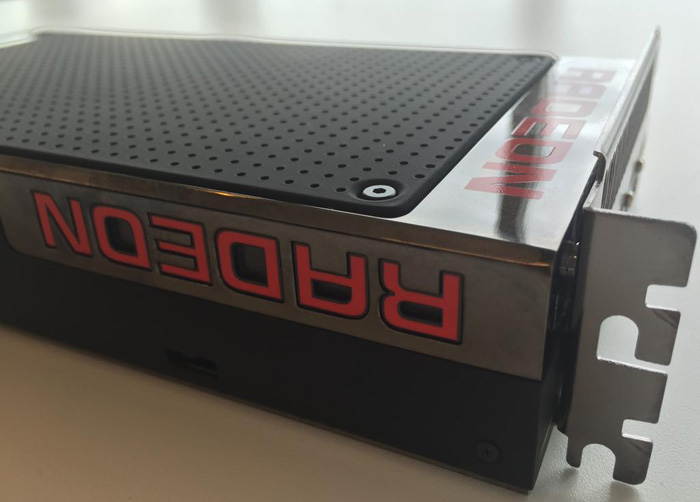 Johan Andersson, who happens to be the technical director of the company DICE, which works on the new Frostbite game engine, has published online the first genuine picture of the upcoming AMD Radeon “Fiji” graphics card, unofficially also known as Radeon R9 390X.

As you can see the video card takes up two slots and features a hard case with some rubber-looking material on top of it and there’s a Radeon logo as well. Moreover the card looks like the pictures that were released online and we published a few weeks ago. So it looks like we finally have the real thing in front of our eyes.

The card, which is expected to be called Radeon R9 390X, will have 4096 stream processors, 256 texture units and 128 ROPs, as well as the all-new high-bandwidth memory, which will run at 1.25 GHz. The memory will be served by an ultra-wide 4096-bit memory bus and will provide the unbelievable 640 GB/sec of memory bandwidth.