Notebooks to get DDR4 memory last 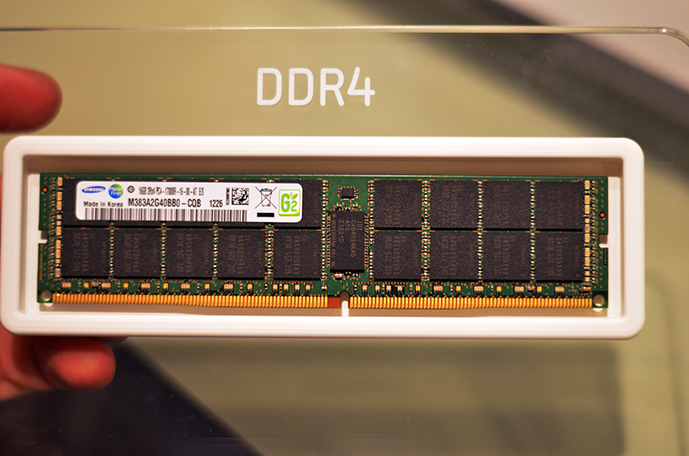 The evolution in computer memory will continue this year when the highly expected DDR4 memory will be released to market. Unfortunately analysts expect a slow migration to the new memory standard due to infrastructure problems. Notebook users will be hit the hardest as DDR4 SO-DIMM modules are expected to appear last.

DDR4 will arrive in Q3 2014 with the release of the Intel Haswell-E processors but first this memory will be more expensive than the current DDR3 memory sticks and second it will be used only in high-end servers and desktop computers. As a reminder we will say that the Haswell-E processors will be high-end chips, which will make them very expensive. Quite naturally with time DDR4 will push DDR3 out but the new memory will need a few years to do that. After servers and ultra high-end desktop computers DDR4 will appear in desktops, tablets and smartphones and finally it will come to notebooks due to a simple reason – Intel does not plan to start selling mobile Broadwell processors with DDR4 support any time soon. As to smartphones the Qualcomm Snapdragon 810 will be the first processor to support DDR4.

DDR4 will be faster than DDR3 while consuming less power. The new memory type will have 288 pins, up from 240 pins found in DDR2 and DDR3 memory modules.