Apart from making various GPUs, drivers and other visual technologies US company NVIDIA has also engaged in various other activities. One such activity is the latest company initiative known as GeForce GTX Battlebox that will create high-end gaming PCs along with famous PC manufacturers.

Battlebox will not be an NVIDIA product – instead this will be a trademark that will designate PCs, which use certain NVIDIA hardware and more precisely GeForce GTX 780 or GeForce GTX TITAN graphics cards, Intel Core i7 processors as well as monitors that support Ultra HD resolution (3840 x 2160 pixels). In addition Battlebox PCs promise a bunch of advanced technologies not seen in gaming consoles such as PhysX technology, HBAO+, TXAA and many others.

As you may expect by now pricing will be the only problem with NVIDIA Battlebox PCs – one of the cheapest Battlebox systems will start at USD 6300. That’s quite a bit, don’t you think? 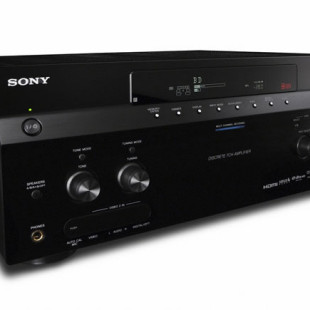 Sony continues to drive the innovation of 3D by taking another step in its leading industry 3D product line with the new Elevated Standard A/V receivers including the STR-DA5600ES, STRA-DA4600ES and STR-DA3600ES. They also unveiled the new BDP-S1700ES Blu-Ray 3D Player. The new ES products...

Hewlett Packard unveiled today new consumer notebooks that combine advanced technologies with stylish designs in order to deliver a unique computing experience. “With these new technology and design enhancements, we are offering customers visually stunning entertainment and an overall better...