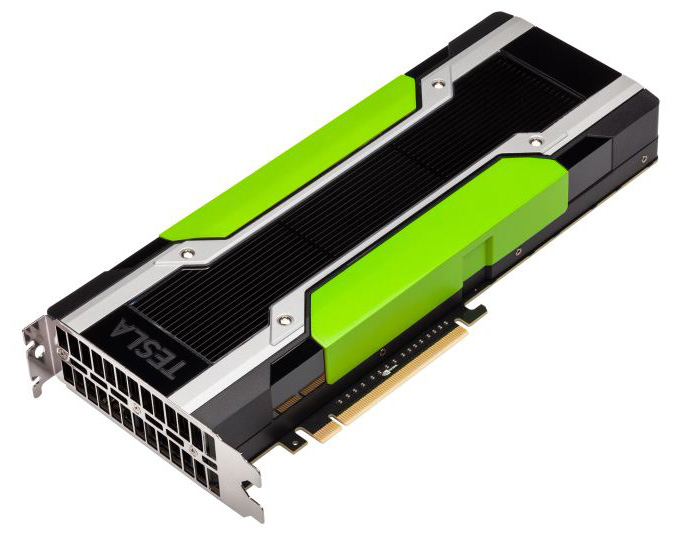 NVIDIA has rolled out a new Tesla accelerator, now called Tesla K80. The device is based on two 28 nm GK210 GPUs, which is rather interesting because NVIDIA brings the older Kepler generation back to life.

The new Tesla K80 provides 2.9 TFLOPs of double-precision power and 8.5 TFLOPS of single-precision power. The card needs 375 watts of power but despite this it has passive cooling, which means that other fans must provide airflow or it will surely overheat.

The price and availability of the new NVIDIA Tesla K80 are unknown as of now.