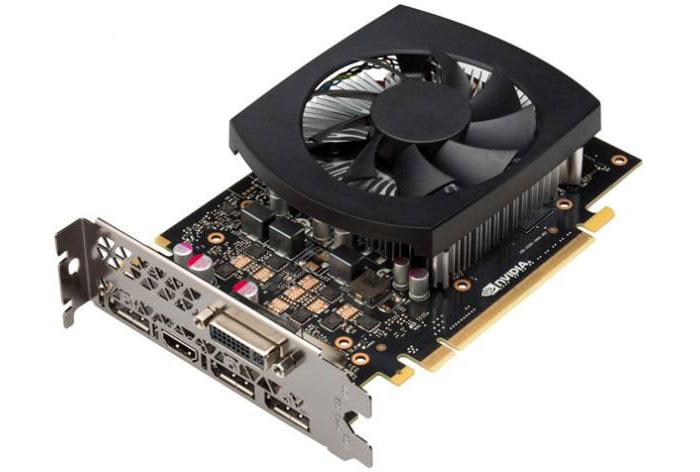 NVIDIA has officially announced the launch of the rumored GeForce GTX 950 video card. The new graphics card is here now with a mission – it has to retire the older first generation Maxwell-based GeForce GTX 750 and GTX 750 Ti video cards as well as offer gamers who like to play multiplayer online battle arena (MOBA) games a video card that is perfect for this task.

The GTX 950 does not bring new things compared to what we said about the card a while ago – it has support for DirectX 12 and is based on 2nd generation Maxwell technology. The card has a GM206-250-A1 GPU, 768 CUDA cores, combined in six SMM clusters, 48 TMUs and 32 ROPs. The GTX 950 also has a 128-bit memory bus that serves 2 GB of GDDR5 memory. The GPU runs at 1024 MHz and goes up to 1188 MHz in Boost mode, while the memory operates at 6608 MHz, thus providing around 105 GB/sec of bandwidth. The reference GTX 950 model has one DVI port, one HDMI port and three DisplayPort connectors. The TDP of the new card is 90 watts and that’s why the GTX 950 has an additional 6-pin power connector unlike most GTX 750 and GTX 750 Ti cards.

The GeForce GTX 950 is now on the market. The card is available from Gigabyte, Zotac, Palit, EVGA, MSI, Gainward, Galax and other manufacturers. The recommended price of the GTX 950 is USD 159.

NEC announces a pair of monitors