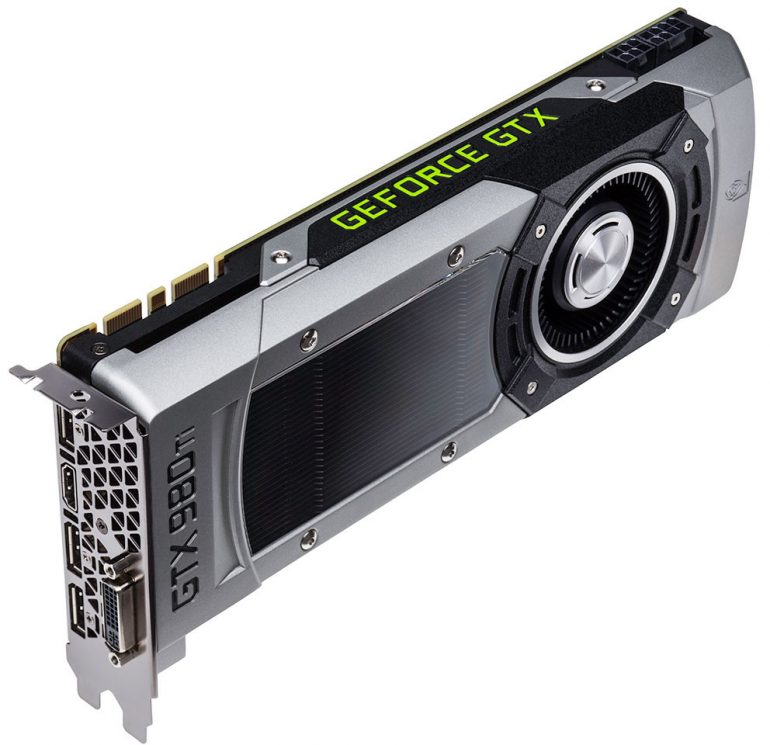 The hotly rumored GeForce GTX 980 Ti video card has finally arrived. Earlier today NVIDIA unveiled the new 3D graphics monster at a special event but unfortunately for some users the card does not come with surprises and we can easily say that its tech specs have been around for a while. We’ll delve on them one last time, though.

The GTX 980 Ti sits one step below NVIDIA’s flagship GeForce GTX Titan X video card and offers the same 28 nm GM200 GPU found in the GTX Titan X but with two SMX units turned off. This means that the newcomer has 2816 CUDA cores, 176 TMUs, 96 ROPs and a wide 384-bit GDDR5 memory bus that serves 6 GB of GDDR5 memory, situated on the PCB. 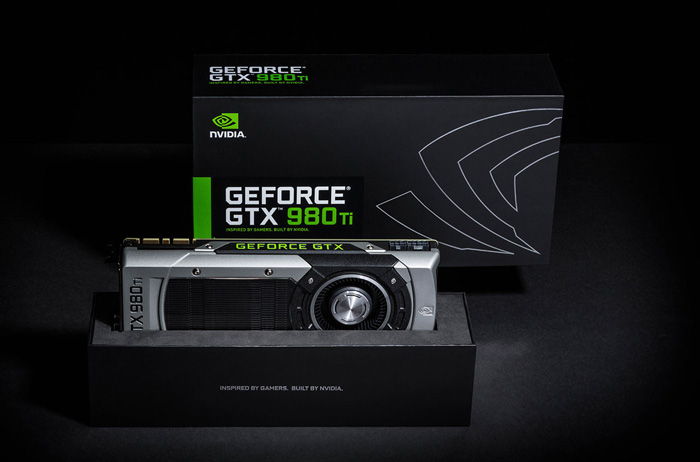 The similarities with the GTX Titan X continue when we look at the clock speeds of the GTX 980 Ti. The new card runs at 1000 MHz for the GPU (1076 MHz GPU Boost), while the on-board memory operates at 7012 MHz effective clock speed. The card comes with TDP of 250 watts and needs power from a combination of one 6-pin and one 8-pin PCIe power connectors. In the back the card offers three DisplayPort 1.2, one DVI and one HDMI 2.0 connectors. In addition the GTX 980 Ti is capable of 4-way SLI and according to NVIDIA is enough for 4K Ultra HD gameplay with high levels of visual details.

The GTX 980 Ti is now available for USD 649.99 and up from various NVIDIA partners including MSI, Manli, Palit, Zotac and other video card makers. The arrival of the GTX 980 Ti brings some other good news too – the GTX 980 gets a price cut and now this card costs USD 499.99.